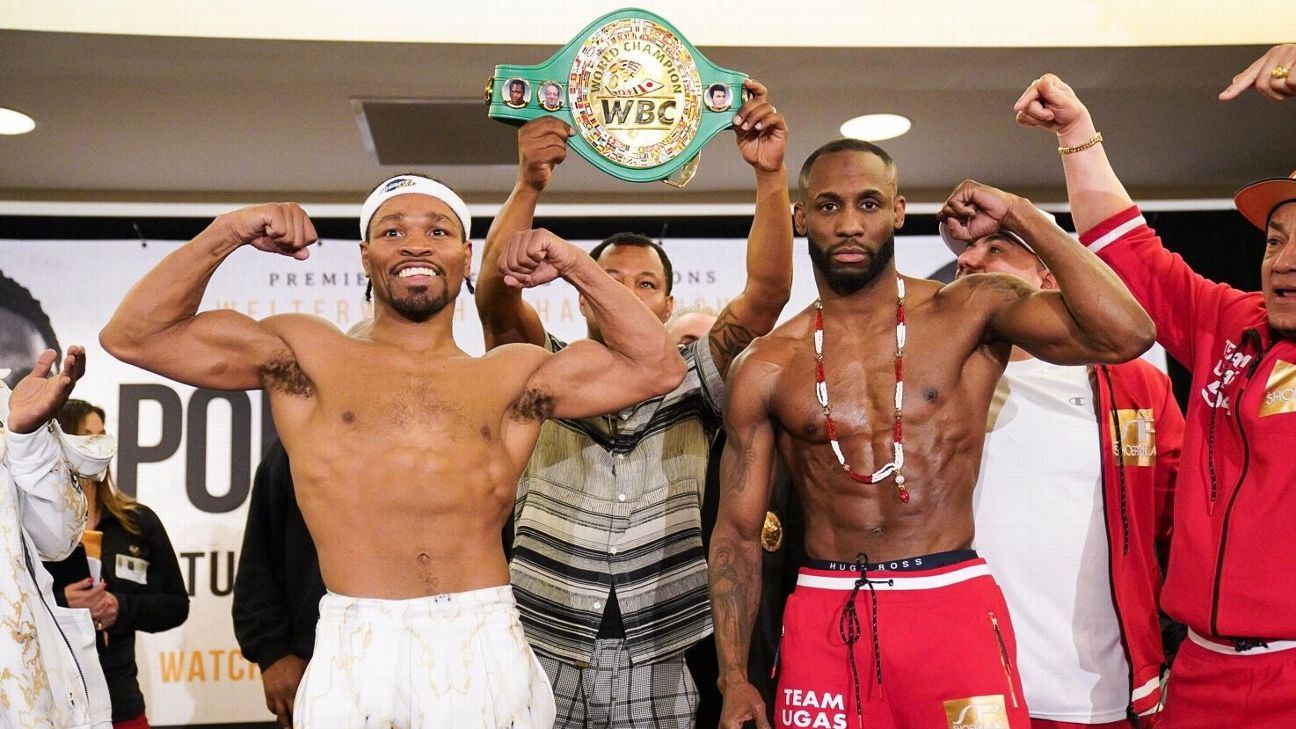 CARSON, Calif. – In a very unpopular decision Saturday night, Shawn Porter retained his WBC welterweight title by split decision over Yordenis Ugas. Porter won by scores of 116-112 and 115-113, while the third judge earned 117-111 for Ugas.

When Porter was announced winner, wheelbarrows could be heard through the Dignity Health Sports Park, a verdict that was debated for a long time.

Neither Porter nor Ugas have actually taken control of the fight for long periods. Many rounds could have gone one way or another, since Porter decided to box from the outside, while the Ugas (23-4, 11 KO) controlled the center of the ring.

The problem was that neither one nor the other could sustain an offensive attack. At various times, the crowd, rather sparse, expressed dissatisfaction with the lack of action.

"The crowd was waiting for a big fight, but that's not the reason this fight was to be held tonight, and that style we used left the fight close." then, "said Porter, who improved to 30-2-1 (17 KOs).

Porter nearly lost his title to the balance on Friday, needing an impromptu haircut to finally reach the 147-pound limit. And Saturday, he kept his title by a hair.

"The weight reduction did not affect me at all," Porter said. "I've been on my guard all night, I was very focused throughout the fight and I just listened to my corner."

While Porter was relieved, Ugas was naturally upset by the decision.

The welterweight of Ramos beats Santana

"He caught me up during a shock in the second round, I did not see the punch coming in and he made me a little unbalanced," Ramos said. "As soon as I got up, I was good."

The scores do not reflect the competitive nature of the fight. Santana exercised constant pressure on Ramos and attacked his body with both hands.

But Ramos, who had short feet and fast hands, was able to box effectively, and a series of straight strikes hurt Santana in the seventh round. Santana was not stopping to advance, but it was Ramos who had won the punches.

"I thought I won the fight, I had more punches," said Ramos. "I had the impression of landing all night and I was doing a good job throughout the fight."

There is still much to learn about future heavyweight Efe Ajagba (9-0, 8 KO), but this is clear: he can hit. And he showed once again his prodigious power by stopping veteran Amir Mansour (23-4-1, 16 KO) in two rounds. The Nigerian, aged 24, abandoned Mansour twice in the first and then continuously injured him in the second. At the end of the round, the fight was interrupted by referee Thomas Taylor.

"I want to be the best heavyweight in the world, that's my dream," said Ajagba, who represented Nigeria at the 2016 Olympics. "I will go home and work hard and get ready for the next fight "