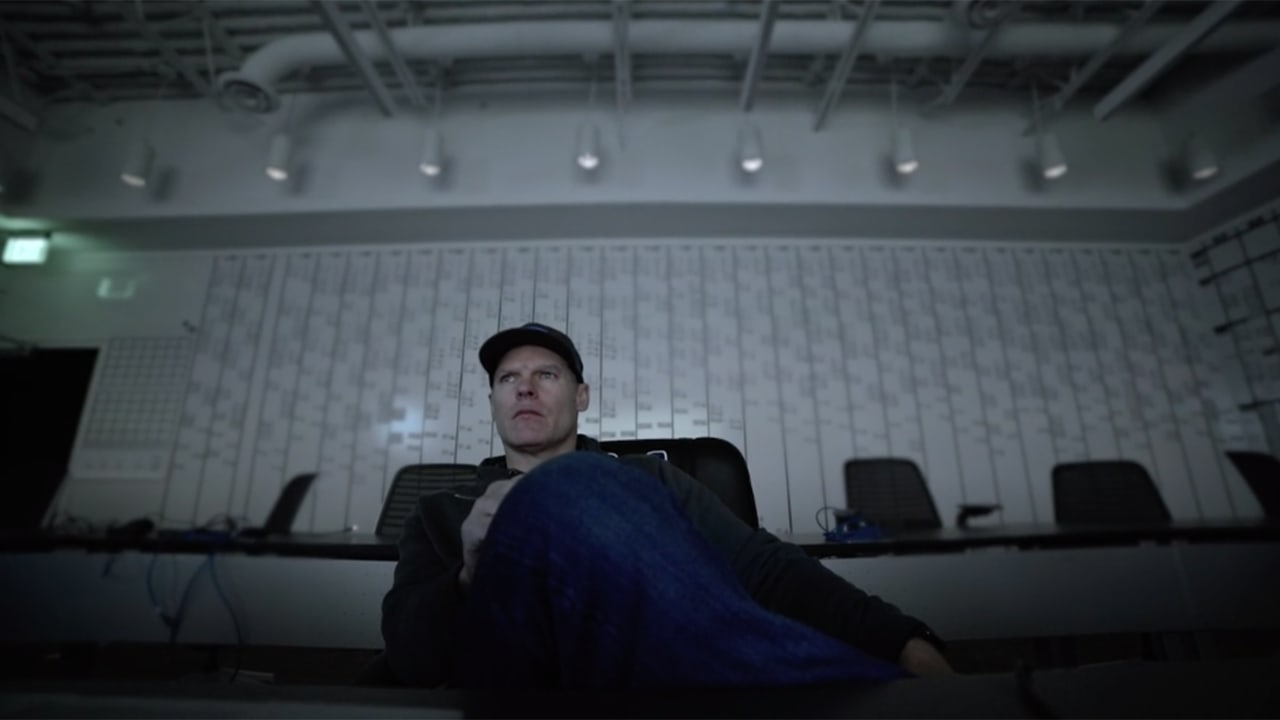 The series begins with the immediate aftermath of the postseason loss to the Chiefs. While talking to his team in the locker room after the match, head coach Frank Reich acknowledges the work done by his team, which at that time had won 10 of its last 12 games, counting the playoffs, after a 1-5 start. "It's a crazy race. I love you and I appreciate you, man, your way of fighting you. It was an incredible race. I know we are disappointed today, but men, I just tell you: I like what we have; I like what we did this year. "

Reich, using his "mountaineering" comparison, concludes with his team: "It's hard to get to Everest the very first time you ride, OK? But I know it. I learned this: even though we did not make it all the way to the summit this year, we went quite far up the mountain. And you know what? That makes us learn for next time, right? We will go all the way next time. And now we know the way to get there. We know what we need; we know what we need between us and we asked the guys to do it right here – to go to the top. "

Eric Ebron gives an emotional speech to his teammates: "Nobody takes anything from us and what we did this year. I appreciate you and love you all. We know it will not be the same next year, it's like that. But we have a —— team, boy. "

Then, the real story of the series, the Colts scouting team, begins to clear up a bit, starting with General Manager Chris Ballard. He explains how he can say that the locker room has made tremendous progress. "The disappointment of the loss (of the leaders) and resilience when they entered the building the next few days, and there are a lot of guys working here when they do not need to be. … We still have work to do. But that tells us that the locker room is going in the right direction. We have a group of guys who hold each other accountable, who care about winning. Winning means something to them, their performance means something to them and their teammates mean something to them. It's a positive thing for us in the future. "

Here's the fun part: enter the Colts newsroom, where you'll have the chance to see some of the lesser-known staff members at work. Ballard said anyone in the room – from Ed Dodds, deputy general manager of the Colts, to the team's screening trainees – is waiting for the same type of information. "One of the most important things is to tell me what you think. Tell me what you really think. I did not hire you to tell you what to do; I hired you to tell me what you think of your expertise and the work you have done. "

Then you hear the scouts give their catch, good and bad, to the players they have examined. The episode ends with Dodds and Ballard discussing a specific player: "Do you want to hire this guy?", He asks looking at Ballard.

The episode next Wednesday, which will be available at 20 hours. On April 10, ET, will review the screening process performed by players at the Senior Bowl and NFL Annual Screening Contest.