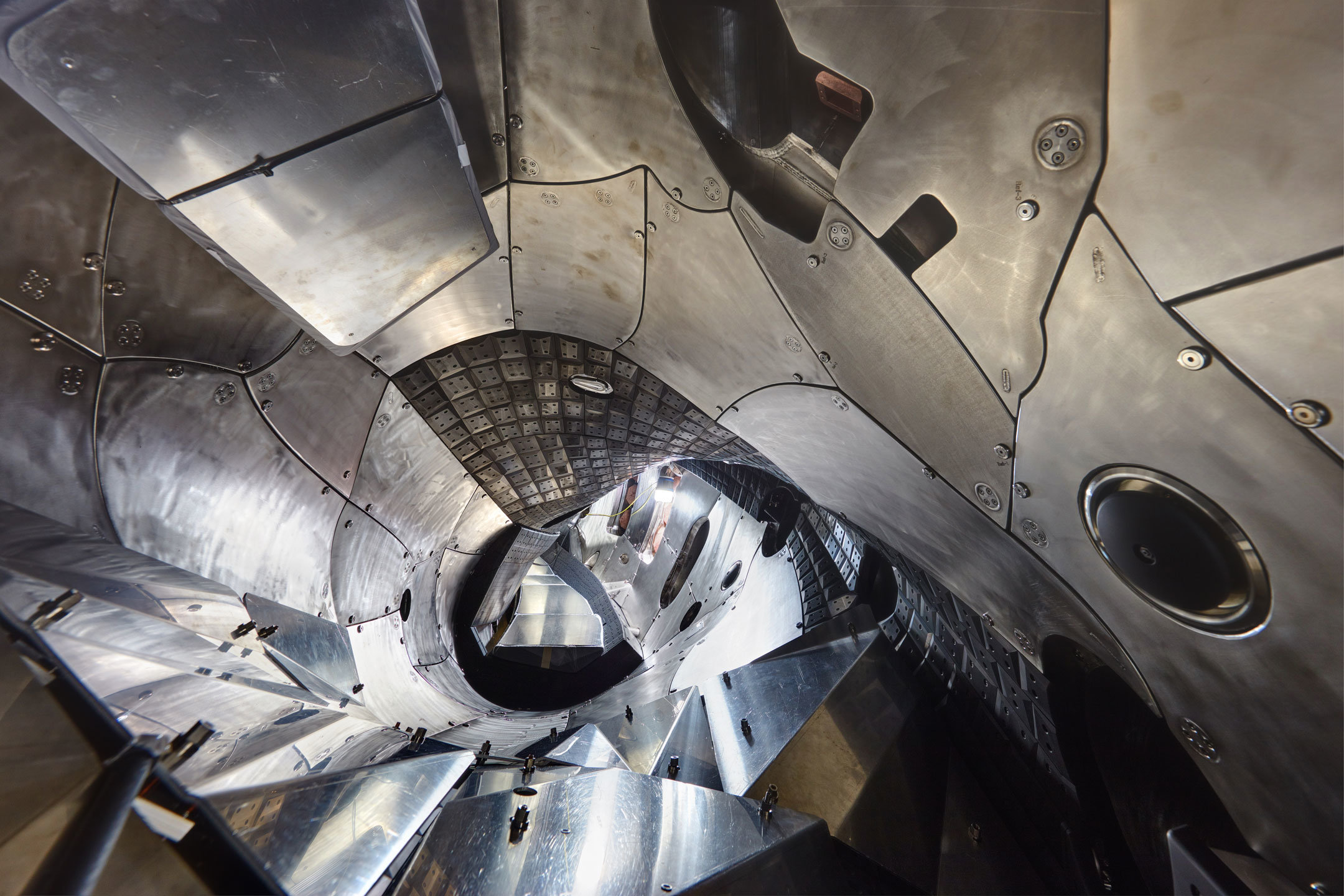 During the progressive upgrade of Wendelstein 7-X, the plasma vessel was equipped with an internal sheath from September of last year. Graphite tiles now protect the walls of the ship. In addition, the divertor is used to regulate the purity and density of the plasma. On ten wide bands on the wall of the plasma vessel, the divertor tiles follow the contour of the edge of the plasma. Specifically, they cover the wall areas on which the particles of the plasma edge are deflected in a targeted manner. After three months of experimenting with the new equipment, the next series of upgrades began late 2017; among other things, new measuring devices and heating systems have been installed. The experiments were resumed from July 2018.

While the divertor had already demonstrated its good impact in the past, plasma values, using prolonged plasma heating associated with purified vessel walls, could now be dramatically increased. The newly installed neutral particle heater injects fast hydrogen atoms into the plasma, which transfer their energy to the plasma particles via collisions. This resulted in high plasma densities of up to 2 x 1020 particles per cubic meter: sufficient values ​​for a future plant. At the same time, the ions and electrons of the hydrogen plasma reached an impressive temperature of 20 million degrees Celsius.

Stellarator record values ​​allowed Wendelstein 7-X to reach the energy stored in the plasma. Thanks to a powerful microwave heating, the energy content of the plasma has exceeded the megajoule for the first time, without the wall of the vessel becoming too hot. With good plasma values, long-lasting plasmas lasting 100 seconds were obtained – also one of the best stellarator values ​​to date.

These very satisfying results have attracted a lot of attention at this year's international conferences. Federal Research Minister Anja Karliczek also commented on the results: "Congratulations to Wendelstein's 7-X team for its new world record, this is the right approach. Important discoveries have been made for the future use of fusion energy.In addition to renewable energies, fusion energy could be THE energy source of the future.Greywald researchers have taken a step important in this direction with their work, I wish the team every success in their future work. "

The final experiments were conducted in mid-October; Meanwhile, the next round of Wendelstein 7-X upgrades has begun. In order to further increase heating energy without overloading the tank wall, the current divertor graphite slabs will be replaced over the next two years by water-cooled carbon fiber-reinforced elements. With this equipment, work will be carried out step by step in order to make plasmas lasting 30 minutes. Then it will remain to be seen if Wendelstein 7-X can also achieve its optimization objectives in continuous operation, essential advantage of stellarators.

The aim of fusion research is to develop a plant that respects the environment and the climate. Like the sun, it must draw its energy from the fusion of atomic nuclei. Since the melting fire ignites only at temperatures above 100 million degrees, the fuel – a low-density hydrogen plasma – must not come into contact with the walls. cold vessels. Held by magnetic fields, it floats almost without contact inside a vacuum chamber.

The Wendelstein 7-X magnetic cage is generated by a ring of 50 superconducting magnetic coils with a height of about 3.5 meters. Their specific shapes are the result of complex optimization calculations. Although Wendelstein 7-X is not designed to generate energy, the device is designed to prove that the stellarators are suitable for use in power plants. With Wendelstein 7-X, the aim is to reach for the first time in a stellarator the quality of confinement offered by competing devices of the tokamak type.