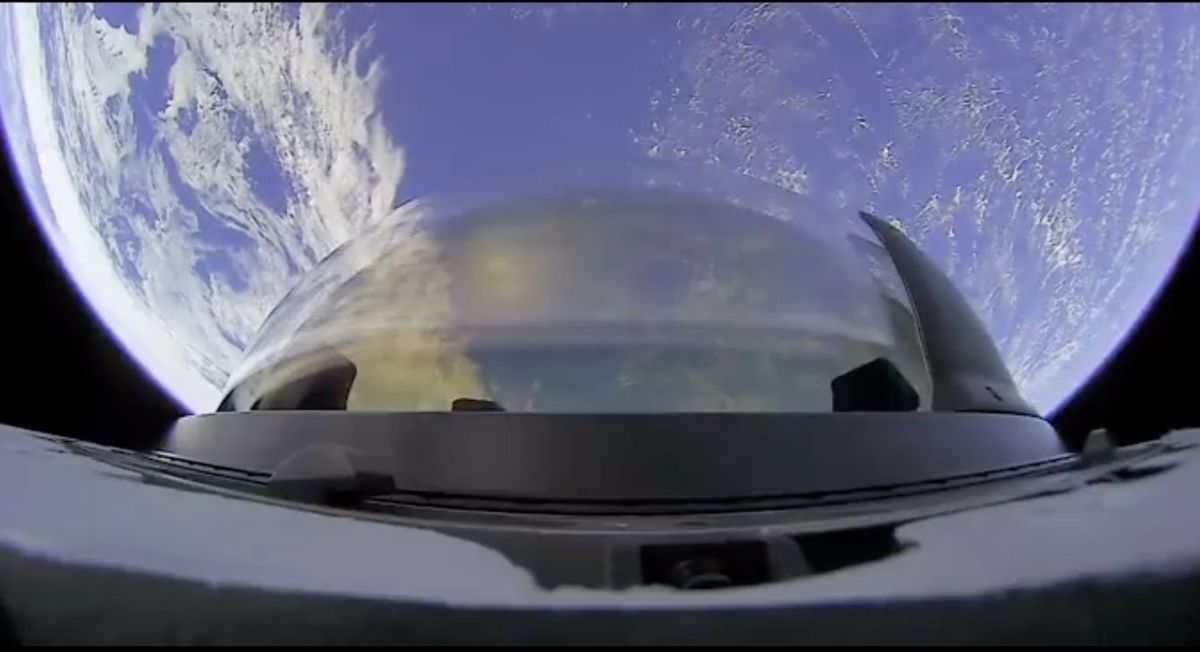 This window will be very busy over the next few days.

Inspiration4’s Crew dragon capsule, a vehicle called Resilience, quickly settled into a circular orbit 364 miles (585 kilometers) above our planet. It’s higher than any Crew Dragon has ever been, and about 115 miles (185 km) above the path taken by the International Space Station.

The view from up there is incredible, as SpaceX showed us early Thursday morning (September 16). The company posted on twitter a video clip of one of Resilience’s cameras capturing our beautiful blue planet looming behind the dome, a dome-shaped window that SpaceX installed on the nose of the capsule for Inspiration4. (The Cupola replaced a docking port, which Resilience won’t need for this mission, a three-day solo jaunt around Earth.)

The cupola allows Inspiration4 crew members to have a 360-degree view of their exotic surroundings. It’s a safe bet that spaceflyers will put a lot of nose marks on this glass, especially since the dome apparently sits just above the Resilience toilet.

The quartet is breaking new ground for private spaceflight and doing philanthropic work in the process. Inspiration4 aims to raise $ 200 million for St. Jude Children’s Research Hospital in Memphis. Arceneaux works at the hospital and was treated there for cancer as a child.

Inspiration4 is scheduled to end with an ocean water landing on Saturday (September 18). It will be the second return from Earth in as many days, if all goes according to plan: the Chinese trio Shenzhou 12 The mission is expected to land early on Friday (September 17), ending its three-month orbital mission.