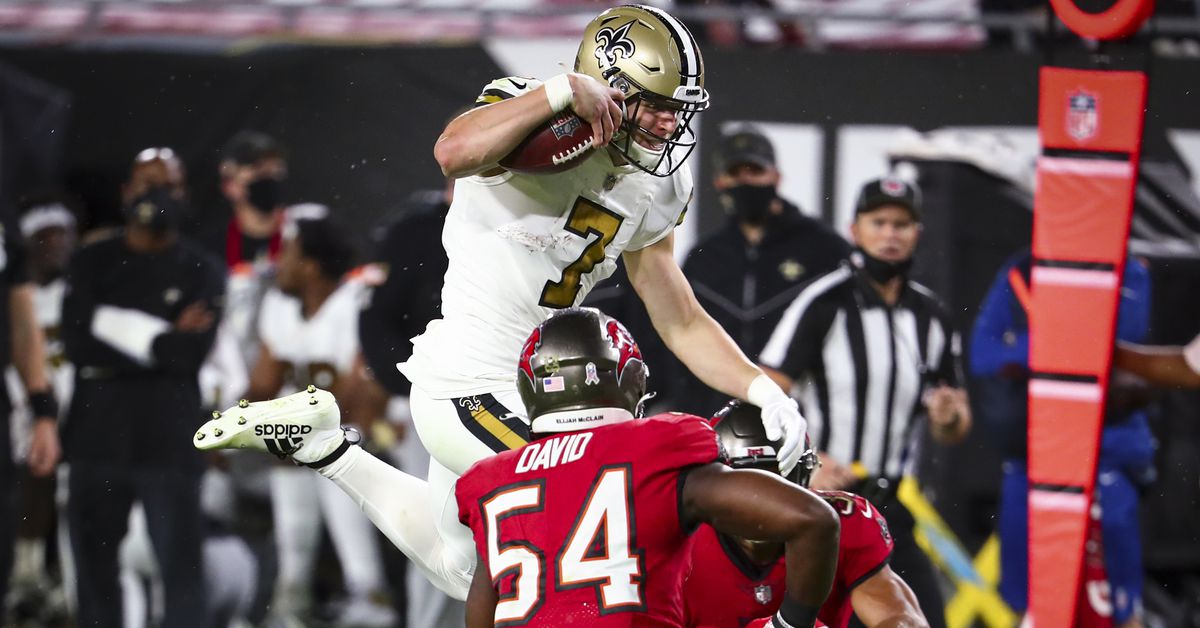 Taysom Hill’s wild NFL career is set to take another crazy turn on Sunday, when the former BYU quarterback starts at the New Orleans Saints quarterback against the Atlanta Falcons, according to reports.

It would be Hill’s first career start as a quarterback with the pros, and his first since his senior year at BYU in 2016.

Hill shared sage advice on Saturday as part of the #GiveThanks initiative, a social media movement started earlier this week by President Russell M. Nelson of The Church of Jesus Christ of Latter-day Saints.

“We can’t control what life brings, we can only control how we respond to it,” Hill wrote on Twitter. “My trip to the NFL has seen its ups and downs and everything in between – and I’m grateful for it all! #Give thanks”

Hill’s NFL career began as an undrafted free agent who signed with the Green Bay Packers, then joined the Saints as a rookie when he was waived by the Packers. Since then he has become a jack of all trades for New Orleans, lining up in a variety of offensive positions while also playing special teams.

Coming Sunday Hill will have the chance to respond to what life brings him – important reps to the quarterback as a pro for the first time.