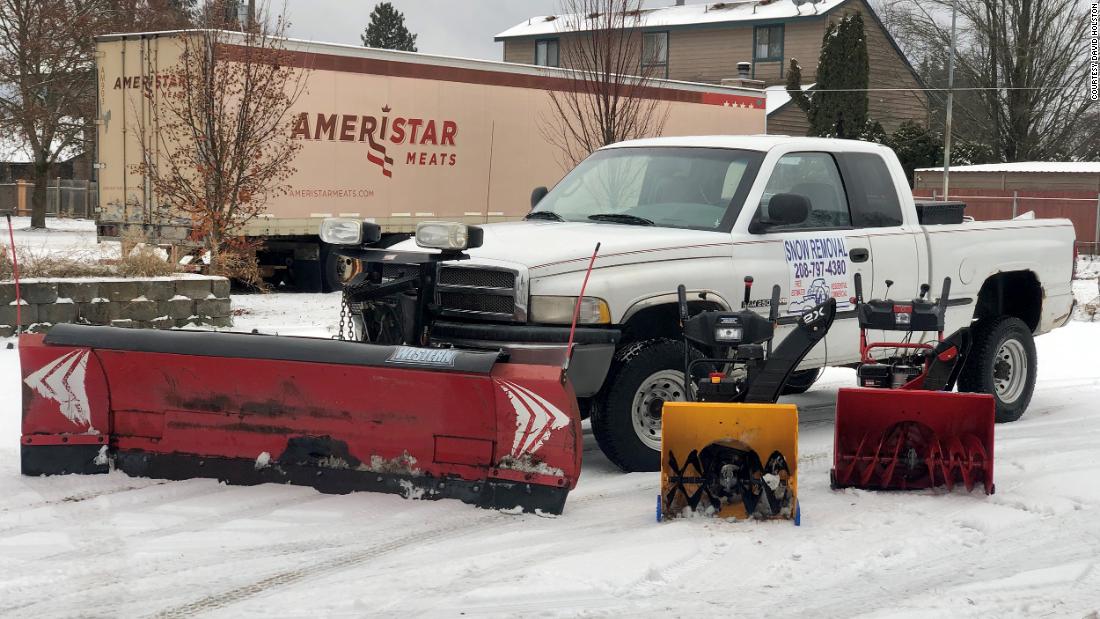 David Holsten, 18, works as a landscaper and snow removal contractor at Coeur d 'Alene, Idaho. Holsten was in Seattle to visit his mother, who was recovering from an operation.

"I was in the hospital when my friend Steve called me and gave me the idea to bring my cart truck to Seattle," Holsten said. .

The next day he prepared an ad in Craigslist proposing to clear the snow in Seattle. When he received a job offer of $ 1,000, he decided to bring his truck back to Washington when he went to spend his birthday with his mother.

"After the [birthday] party, I left on the road with jobs lined up until midnight. All the while, I was answering my phone and adding new customers on my snow route for Monday, "said Holsten.

Holsten received calls to clear snow-covered driveways and parking lots. He visited 15 sites in four days last week. At rates ranging from $ 500 to $ 750 per hour, he claims to have raised $ 35,000.

Holsten has announced his intention to donate 20% to his church, buy gardening equipment and save the rest for his first home.

Holsten attributes his faith to his success and says that the verse of the Bible dedicated to him for the journey is Luke 12:31: "But seek his kingdom, and these things will be given to you also."

He said, "The Lord has blessed me with money for the sole purpose of advancing his kingdom, all glory goes to God!"