The 5G will transform the lives of the United States, especially in rural areas of America 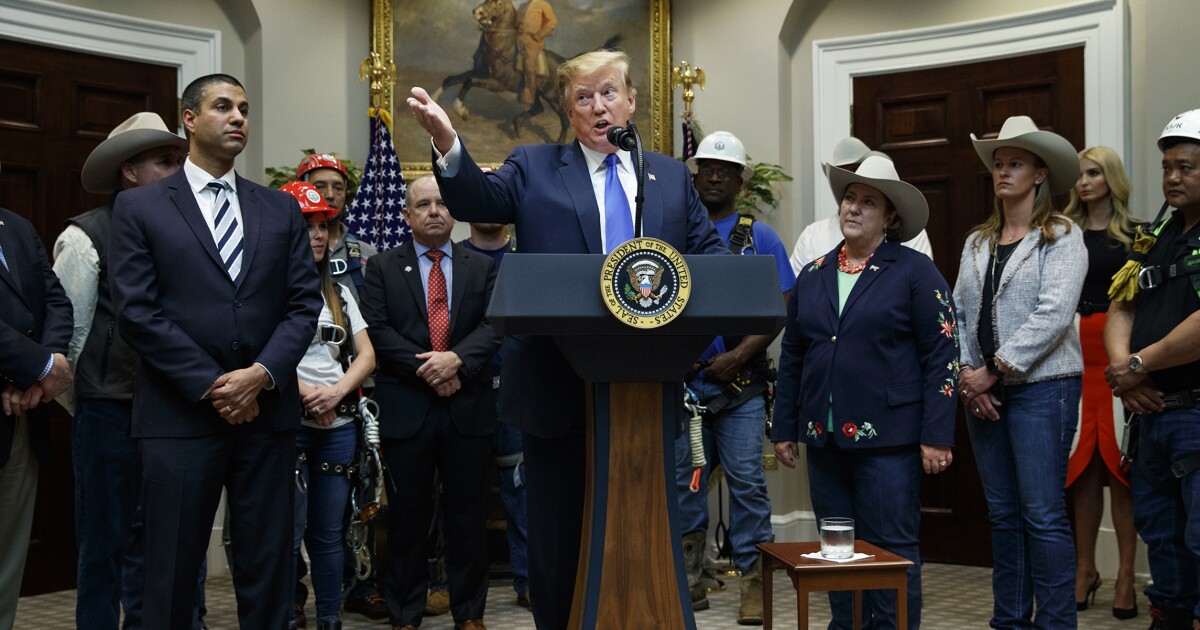 Rural communities where Internet access is lagging behind current technology are about to benefit from a huge boost.

According to President Trump, this is thanks to 5G technology.

"No matter where you are, you'll have very fast access to 5G," Trump said, noting that the new standard could be 100 times faster than existing networks. "And life will be different. I do not know if it's going to get better, maybe you're happy with the current situation, but I can say that, technologically, it will not even be close. "

Trump has touted US success in developing new wireless networks, which have become the last space of competition between Western powers and China. But while other US officials and world leaders have focused on the geopolitical issues of 5G, the president has also focused on a national audience.

"While we are making great progress with 5G, we are also focusing on rural communities that do not have broadband access at all," he said. "They just have not been treated properly. And now, we make it a priority. These are the areas we want to go to first, so they are covered. "

Verizon launched the first US 5G networks last week in Minneapolis and Chicago, but Trump observed that US companies should deploy 5G in 90 additional markets by the end of the year. This expectation, paired with the unveiling of a $ 20.4 billion digital opportunities development fund in rural areas – announced by Federal Communications Commissioner Ajit Pai, who appeared in the White House alongside Trump, discusses the possibility that the Trump administration could create a technological boom for a key group, just as the campaign for the re-election of 2020 is warming up.

Trump alluded to the political significance of his speech during his speech, recognizing some of the farmers and farmers invited to attend 5G.

"We have a few people from the big farms I love who voted for me," said Trump. "I will not ask them but. . . I think in most cases I know it almost automatically. "

The president pointed out that the US 5G networks will be "private sector led and private sector driven," but touted the government's "incentives" to encourage US companies to embark on the 5G era. before China.

"We can not allow another country to supplant the United States in this powerful industry of the future," Trump said. "We lead so much, in so many different industries of this type, and we can not let that happen.The 5G race is a race that America needs to win.And frankly, our big business are now involved in. We have given them the incentive they need. "