The Airbus lesson for young socialists 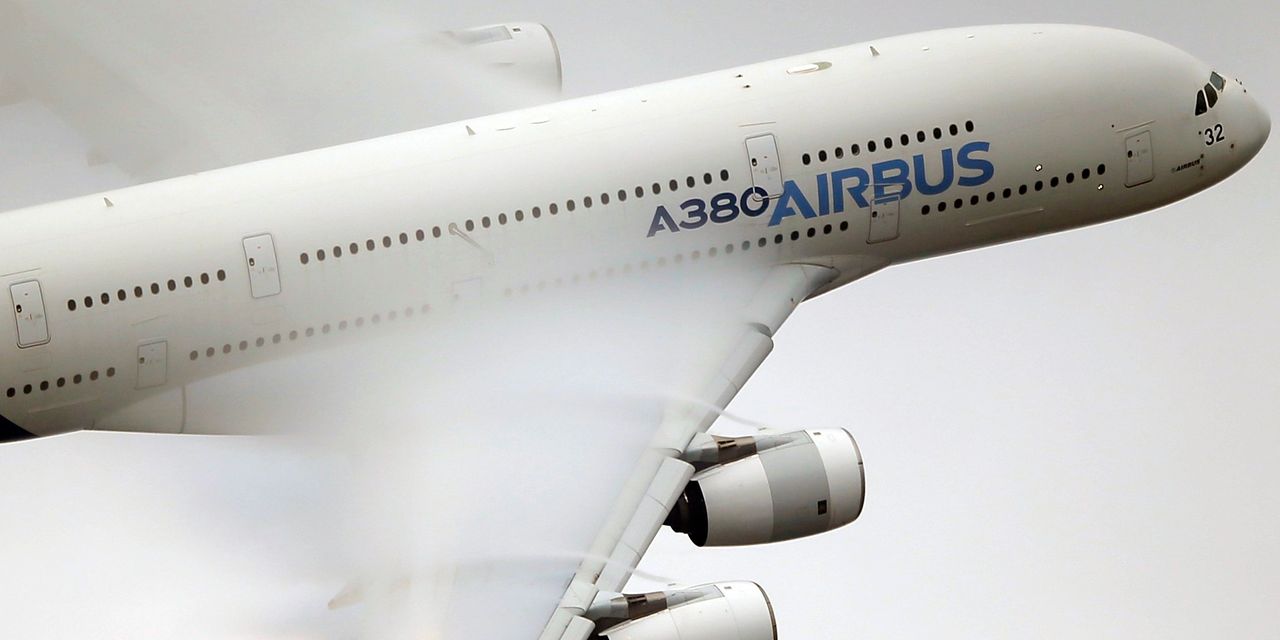 Years ago, when an editor asked me if

would be about to pay a 100-year bond that she recently offered, I casually replied that 100 years represented only two product cycles for society.

This makes Airbus' decision to put an end to the production of its impressive and gigantic A380, which has been flying only since 2005, even more abnormal.

Join us on March 4, while WSJ Opinion's Paul Gigot will lead a roundtable on the state of television with Maria Bartiromo of Fox Business, Christy Tanner of CBS and actor Tony Goldwyn of "Network". A ticket to see "Network" on Broadway at a later date is included in your admission to the event.

Socialism is currently in vogue. If the word means something in the current context, it means projects of unusual ambition of the government, built on our technological and commercial capitalist base shared throughout the world. The A380 was exactly such a project. Guaranteed by massive European government subsidies, the plane was an engineering sensation. The passengers loved the spacious jet. But now it's kaput. What is it that did not go well? Or, to ask the question more usefully, what technological and commercial realities should its promoters have overcome to ensure its success?

The list is not short. They should have canceled the willingness of passengers to fly directly, bypassing overcrowded hubs (like London Heathrow) for which the A380 had been built.

They should have canceled the preference of business travelers for frequent departures. With 535 seats available, the superjumbo was desperately paired with operators offering more convenient schedules using smaller planes.

Above all, they should have ignored the public's appetite for lower rates. On a per seat basis, a new generation of extremely efficient twin-engine aircraft such as the Boeing 787 has proven to be less expensive to operate, although the A380 quad-engine could accommodate twice as many customers.

In the end, enough socialism could be mobilized to build the plane, but not enough to make it commercially viable. European governments should have extended their rule beyond their own taxpayers who financed it. They would have needed to dictate airlines and travelers from around the world and even the global supplier base of the aerospace industry, which was unwilling to develop a new fuel-efficient engine for an aircraft with questionable prospects.

This should guide us in our reflection on what kind of "socialism" is possible today. Governments can tax their own citizens until they rebel at the polls, refuse to pay, or emigrate. In our world, they have no power to dictate what types of goods, services and technologies (green or otherwise) will be accepted by the global market.

The end has come because the last dedicated customer of the Dubai-supported Emirates Airline, the Emirates-backed A380, has abandoned the superjumbo. Aircraft in perfect condition remained unsold on the market of the aircraft of occasion. A 10-year-old aircraft was recently retired by

Now he is broken to pieces, proving once again the talent of socialism to make grown men cry.

Boeing's management was vilified at the time for not wanting to compete with Airbus to replace its own 747 Jumbo Jet, fabulously successful. But Boeing treated his company as a business. His predictions showed that the market was likely to change unfavorably for another very large passenger plane.

French and German politicians ignored such considerations. They were more interested in a brilliant statement about Europe's technological prowess. For decades, Boeing has made fun of the subsidies granted to Airbus. Airbus, for its part, was not above describing the money that American taxpayers spent to defend the free world as a backdoor to Boeing as part of its defense activities. This debate is likely to degenerate into a second wind if American negotiators insist that Airbus refund the "aid to launch" estimated at 20 billion dollars that the A380 has not recovered (the answer will be certainly not).

The parallel with the California bale train hardly needs to be traced. Governor Gavin Newsom already seems to be coming back on his apparent cancellation of the project that far exceeds the budget. He can hope that Washington's Green New Deal dollars will be available after 2020 to replace funds that California is unwilling to provide.

But California voters have already received the right message: Billions have been invested in the project so that former Gov. Jerry Brown is not forced to admit a mistake.

The same considerations taken for years have deterred Airbus from denouncing the A380, but conclude on a positive note. Today, the socialist miscalculation of our infallible leaders is measured primarily in dollars. This represents a great leap forward on the socialist failures that characterized the last century.