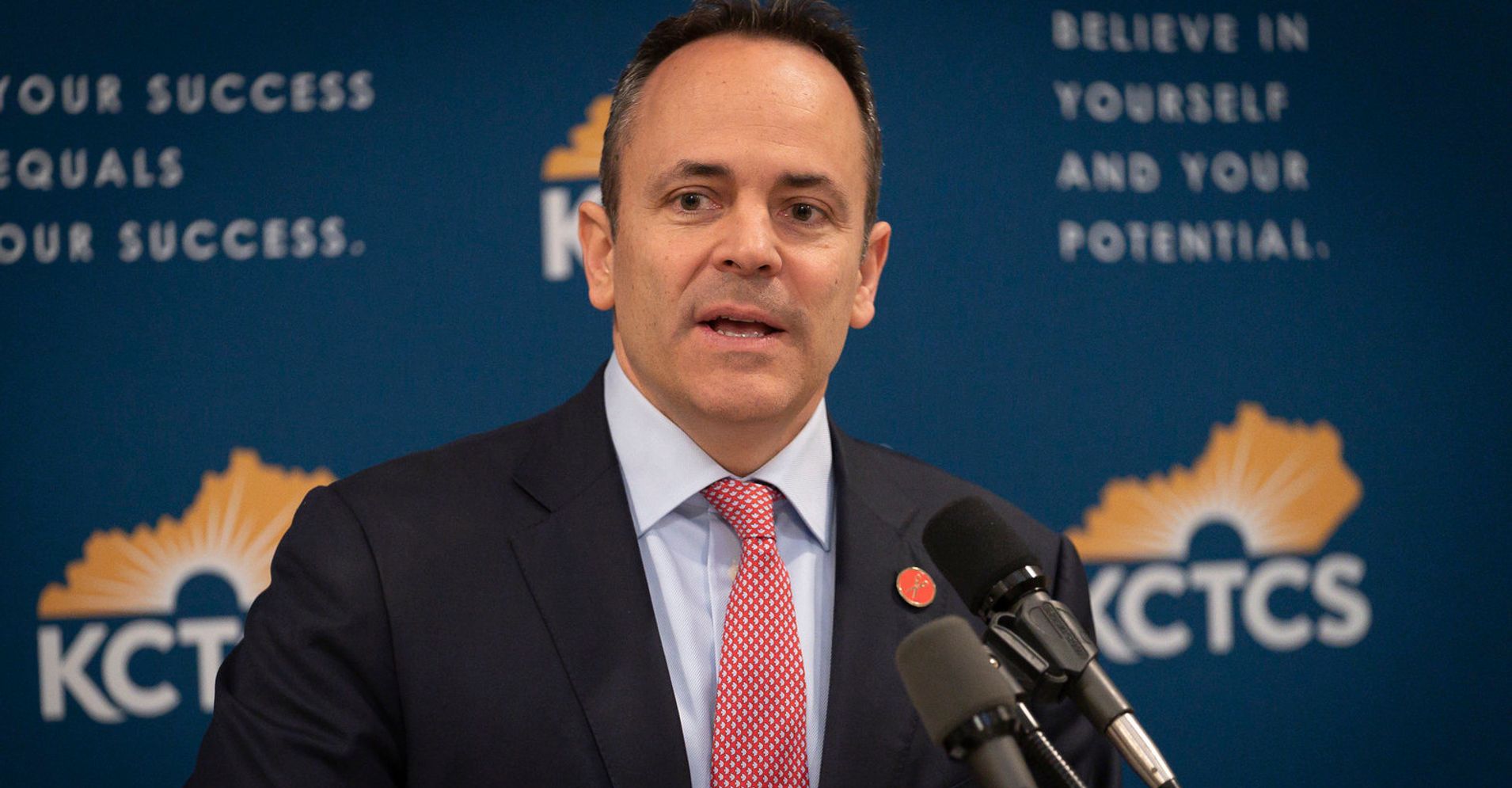 Kentucky Governor Matt Bevin (right) has deliberately exposed his nine children to chickenpox instead of vaccinating them against the disease, he said in a radio interview on Tuesday.

"All my kids had chickenpox," Bevin told WKCT, a Bowling Green radio station, according to The Louisville Courier-Journal. "They had chickenpox on purpose because we found a neighbor who had it, and I made sure all my children were exposed to chicken pox and they had it. They had it like children. They were miserable for a few days and they all did well.

The Centers for Disease Control and Prevention strongly warn against exposing children to chickenpox as a means of immunizing them.

Chickenpox can be serious and can lead to serious or life-threatening complications, even in healthy children. There is no way of knowing in advance how severe your child's symptoms will be. So do not take the risk of exposing your child to someone with the disease. The best way to protect babies and children from chicken pox is to get them vaccinated.

Bevin said Tuesday that he did not think that vaccines should be prescribed by the government because "it's America."

"If you fear that your child will get chicken pox or anything else, vaccinate your child," said the governor. "But for some people, and for some parents, for whatever reason, they choose the opposite. It's America. The federal government should not impose this on the people. They just should not. "

Kentucky children must be vaccinated against chicken pox before entering kindergarten. Parents may, however, request religious exemptions or provide medical documentation that their child has already contracted the disease.

The chickenpox vaccine became widely available in 1995, resulting in a net decrease in the number of infections, hospitalizations and deaths due to the disease in the United States.

Bevin's remarks follow a chickenpox outbreak reported this week at a Catholic school in Kentucky, where some parents chose not to vaccinate their children.

The anti-vaccine movement includes parents who are reluctant to protect their children from highly infectious diseases for religious or moral reasons, as well as those who refuse vaccination on the basis of false or outdated information.

Some Catholics, for example, oppose the chickenpox vaccine on the premise that it is derived from cells taken from aborted fetuses. (In the 1960s, strains of some vaccines were created from aborted fetal cells.This is no longer the practice.)

Some parents also refrained from immunizing their children against measles based on the conspiracy theory that the MMR vaccine had been linked to autism. (This theory stems from a 1998 denied study based on only 12 patients and conducted by a doctor who later falsified the data and was thoroughly proven to be false.)

Hochul: Slight drop in the number of hospitalizations for coronavirus

Class of 2020 celebrates launch on campus

Where can I get the flu shot? Here’s what to know about the upcoming flu season

The Day – Sun’s bench strengthens ahead of playoffs

Why Did Doctors Not Listen To Women On The Link Between Covid Vaccines And Periods?