The quest for the three wars of warriors begins in a dominant way, but an uncertain future weighs heavily on their course in series 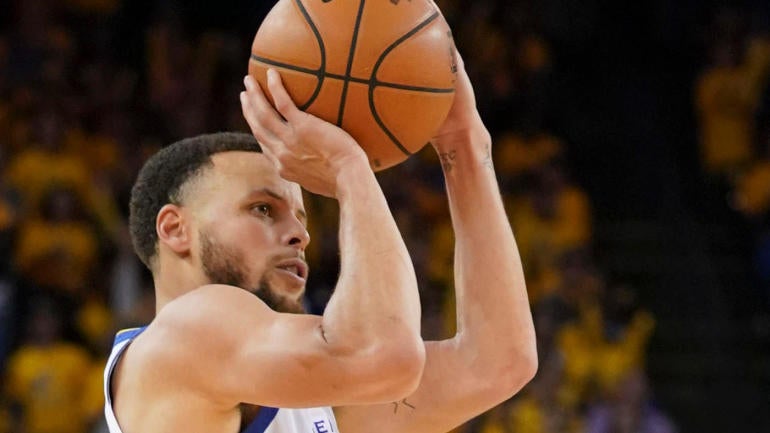 It's one thing to realize that you experience greatness when you are in the midst of this greatness.

It's quite another thing to step back when you're in the middle of this greatness and take a break for a moment, to breathe and to recognize that nothing great will last long.

This is where we are with the Golden State Warriors. Saturday's dominant victory in the first game of his first-round series against the Los Angeles Clippers could very well mark the beginning of the end of one of the greatest dynasties of modern American sport.

It's easy to watch Saturday night's match as another impressive demonstration of Warrior domination over all players: Steph Curry being Steph Curry, scoring 38 power points while setting all-time playoff record 3 , and Draymond Green chewing with the referees on a missed foul just minutes into the game and keeping that intensity, and Kevin Durant lost 23 points before being fired from the game in the fourth quarter after an altercation with Patrick Beverley. Hey, these are the warriors. We expect these 121-104 warriors to win when you feel like they're not even better. Forget all the drama of this season: it's the hour of the playoffs, and the Warriors have reversed their series button. Frankly, it will be easy to watch all these Warriors games with the same mood until they (probably / probably / probably / inevitably, depending on your vision of fate) hoist the Larry O 'Brien Trophy. for the fourth time. in five years. After all, we have seen this before. We've seen so much that we've become accustomed to Steph Curry draining 35 impossible feet, or Kevin Durant showing us why he may have surpassed LeBron as the best basketball player in the world, or Klay Thompson being the most discreet. Draymond Green plays the anti-hero game despite basketball exactly as your high school coach wants his guys to play basketball.

Do not do that.

Do not take these warriors for granted.

Because we may be watching the beginning of the end of this dynasty.

There is more than a good chance that everything looks different for the Warriors next year. The first is the new glittering arena: no longer in Oakland, but in this opulent technology-centric city on the other side of the bay.

More importantly, there is the list. It will not be the same next season. Perhaps you've read some of these tea leaves that predict that Durant will head elsewhere, including Madison Square Garden, to be the star player who can save an oppressed franchise and rewrite his legacy. The cousins ​​of DeMarcus will sign elsewhere. Including Durant, assuming he does not choose his choice of player, nine warriors will be unrestricted autonomous agents or in a few months, and five other players should enter restricted or unreserved free-agent status in the summer of 2020 We're assuming Klay Thompson is going to sign again, but a lot more weird things have happened in the NBA. Who knows what the Warriors decide to do with Draymond Green before his release in 2020?

All this to say this: it is not often in life that we are given the opportunity to sit down and be truly grateful for something of the moment. More often, we look back and think how great these days have been. That's one of the things that made Dwyane Wade's and Dirk Nowitzki's one-year farewells so special. But even then, we could not watch these guys live up to their powers. Greatness is fleeting, especially in sport.

That's what I thought when I watched the Warriors easily handle the Clippers on Saturday: I'll be sad to see this team become part of our story rather than our present.

That's why we should be living right now instead of immediately thinking about how these Warriors will compete in a potential rematch against the Houston Rockets in the second round, or which Eastern Conference team will have the best way to upset the Warriors in the final, or what a potential trio of Durant, Kyrie Irving and Anthony Davis might look like in New York. All this is fun, and the 12-month soap opera is the key to the current success of the NBA. But nothing can be more fun than watching Steph Curry at the end of the first quarter on Saturday take the indoor pass, cook Garrett Temple mid-way, absorb a double team and talk to Draymond Green who read the news. Curry's spirit and shoveled He then recovered the ball, after which Curry immediately kicked a corner 3, which took one, two, three rebounds before falling.

It was almost unfair to watch. And it was a pure joy, the childlike joy that made the Warriors so amusing to watch at the beginning of their dynasty and which has diminished this season.

If you hate these warriors, you hate Jordan at its peak. You hate Tiger Woods between 2000 and 2002, the year he won six major tournaments and changed golf. You hate Babe Ruth and Yankee Stadium, while Michael Phelps destroys everyone who has swum by his side, Serena Williams is the GOAT and Tom Brady is the best we've ever seen in the favorite sport of the United States. If you hate warriors, you hate joy.

If you think warriors are invincible, they are not. They should have lost to the Rockets in the final of the Western Conference a year ago. They are more vulnerable this season than any season of their race – because of themselves (this is the least statistically dominant season of the Warriors race), and because of all the other teams unproven at the summit of the East). Although we believe that their success is guaranteed, this is not the case.

And that's why we need to step back during these series and feel the roses of the Warriors. If that actually marked the beginning of the end of this dynasty, you'd better believe that those in the Warriors' dressing room have a better idea than anyone who thinks it in public. Being a sporty dynasty is a tiring and exhausting quest, but knowing that this could be their end should only give this team more motivation.

I will not make the same mistake with these warriors. Whenever I watch them play in the playoffs, I will make a point to step back, take a break and enjoy that moment for what it is. Whether it's during an eruption or a slamming, I'm going to take a moment to appreciate – to really appreciate – what we've seen happen with this team over the past five years. I will talk to my grandchildren about this team one day. So, instead of focusing on all the noises of what their future holds for them, I want to live their present to the full. Because we will never see such a gift for a very long time.

‘It’s crazy’ Eric Bieniemy has yet to be hired as head coach, says Chiefs’ Patrick Mahomes

Packers figured out what it takes to finish