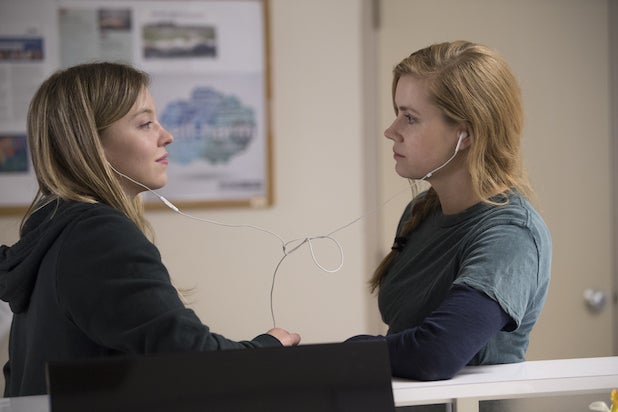 Maybe "Sharp Objects" is not finished after all.

Marti Noxon discussed a potential sequel to her HBO series based on Gillian Flynn's novel Saturday at SXSW in Austin, Texas. "Maybe there will be a sequel, maybe we can find out [more about Adora and Camille’s sister], She told the crowd, according to a recap of The Observer. "Gillian and I have ideas about it."

It would be a reversal of what Noxon told critics last summer when she said there would be only one drama season starring Amy Adams. "We are not talking about a season 2," she said during the Television Critics Association's summer 2018 press tour. "That's it, so sleep in while you can."

The eight-episode drama centers on journalist Camille Preaker (Adams) who returns to her hometown to cover the murder of two preschool girls. Finally, she identifies too much with the girls. The first season was based on Flynn's first novel of the same name. An extra season would have taken the series off the pound.

Although "Sharp Objects" is a limited series, it would not be unprecedented to add a second season. After all, the critically acclaimed "Big Little Lies" was originally presented as a limited series before HBO added a second season to Meryl Streep, who will debut this summer. When TheWrap spoke one-on-one with Casey Bloys, head of programming at HBO, he explained to us why the premium cable TV provider agrees to say that one season is enough for this TV adaptation. a beloved novel – and that "Big Little Lies" got a season 2.

"No, no," said Bloys, to a possible second season. "I'll tell you the difference. For "Big Little Lies", Reese [Witherspoon]Nicole [Kidman], Laura [Dern], Shailene [Woodley]and Zoé [Kravitz] – They all wanted to do it again. It's very, as you know, the series is dark and Amy's character is very dark. It's a difficult role for an actress. I think she does not want to play this character anymore, which I totally understand. It's a lot to do and without it, I just do not see it. I think that's where we have to say, "We have a fantastic limited series and we'll stop there."