Trump continues to try to win a base that he has already won, while forgetting everyone 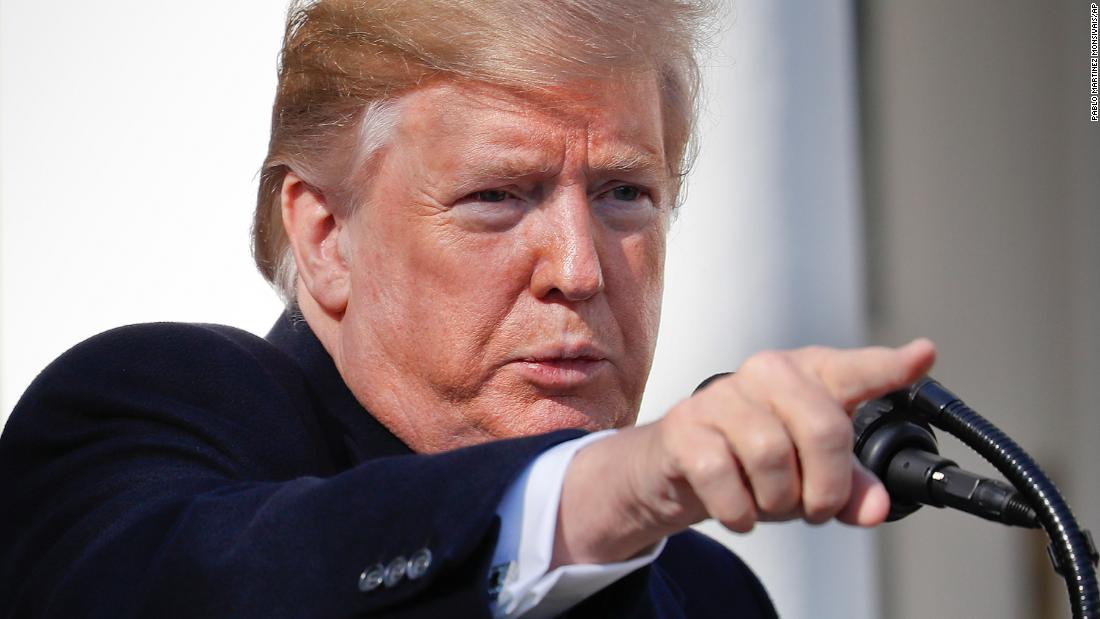 Poll of the week: A Fox News poll reveals that 56% of voters oppose that President Donald Trump use a national emergency to build a wall along the US-Mexico border with congressional approval. Only 38% approve of such a maneuver.
Other polls, including those from CNN, were even worse for such a move, with approval generally in the 1930s and disapproval in the mid-1960s to use a national emergency to build the wall.
What's the point: After a disastrous government shutdown on a border wall for Trump's approval ratings, Trump saw an improvement. A Gallup poll released this week revealed an approval rating of 44%, for example. This is the type of movement that Trump will have to consider to move forward in order to have a good chance of being re-elected in 2020.

Earlier this week, it seemed like the president was going to take the lesson of closure into consideration. He was going to sign a bill of expenditure without funds for the construction of a border-wall whose construction remains unpopular.

Instead, Trump will declare a national emergency to get his border wall.

If Trump was trying to make the right election choice, he failed. The president continues to double his base even though there is absolutely no sign that he is losing them. Meanwhile, it is alienating the center of the electorate for which it needs more support from 2020.

Look what happened after Trump ended the shutdown without the wall. His approval did not fall among the Republicans. He has grown with the independents.

Of course, many Trump supporters do not believe in polls, even if they should. Yet we can watch the midterms.

The results were quite clear: the Republicans did not lose voters in the midterm elections as they had seen Trump neglect to keep his promises on immigration. On the contrary, Republicans lost voters because Trump was perceived as too hard on immigration.

Before attempting to use emergency powers to build the wall, 46 percent of voters polled at the 2018 exit poll said Trump's policy was too harsh on immigration. Only 17% responded that they were not strong enough. The others (33%) responded that they were about right. A move right on the immigration might end up satisfying those who said that Trump had not been hard enough but that would alienate all 46% who thought Trump was too harsh for immigration and probably some of the 33% who said that his policies have been pretty much right up to the present.

Trump, himself, did not need to do it to get his popularity rating. His approval rate with Republicans was 90% in the exit poll. (His disapproval was 90% among Democrats.) Republicans were more likely to think that he was not stern with immigration at 29%. In other words, most people think that Trump is not strong enough and approves of it already.

Trump's problem, instead, was with independents and democrats. Its approval rate in the exit vote with the independents was only 42%, which corresponds to the share of vote won by candidates Republican House.

Most independent voters did not want Trump to be tougher on immigration. Only 16% wanted it to be harder. A slight majority (51%) actually thought that he was too harsh on immigration. Building a wall through a national emergency certainly does not help this majority and could hurt him with the 33% who thought his previous policies were about right with regards to immigration.

Until Trump realizes that this is not the 2016 Republican primary season when he needs to outsmart others on immigration, he is getting hurt politically and, in doing so, night the chances of reelection.