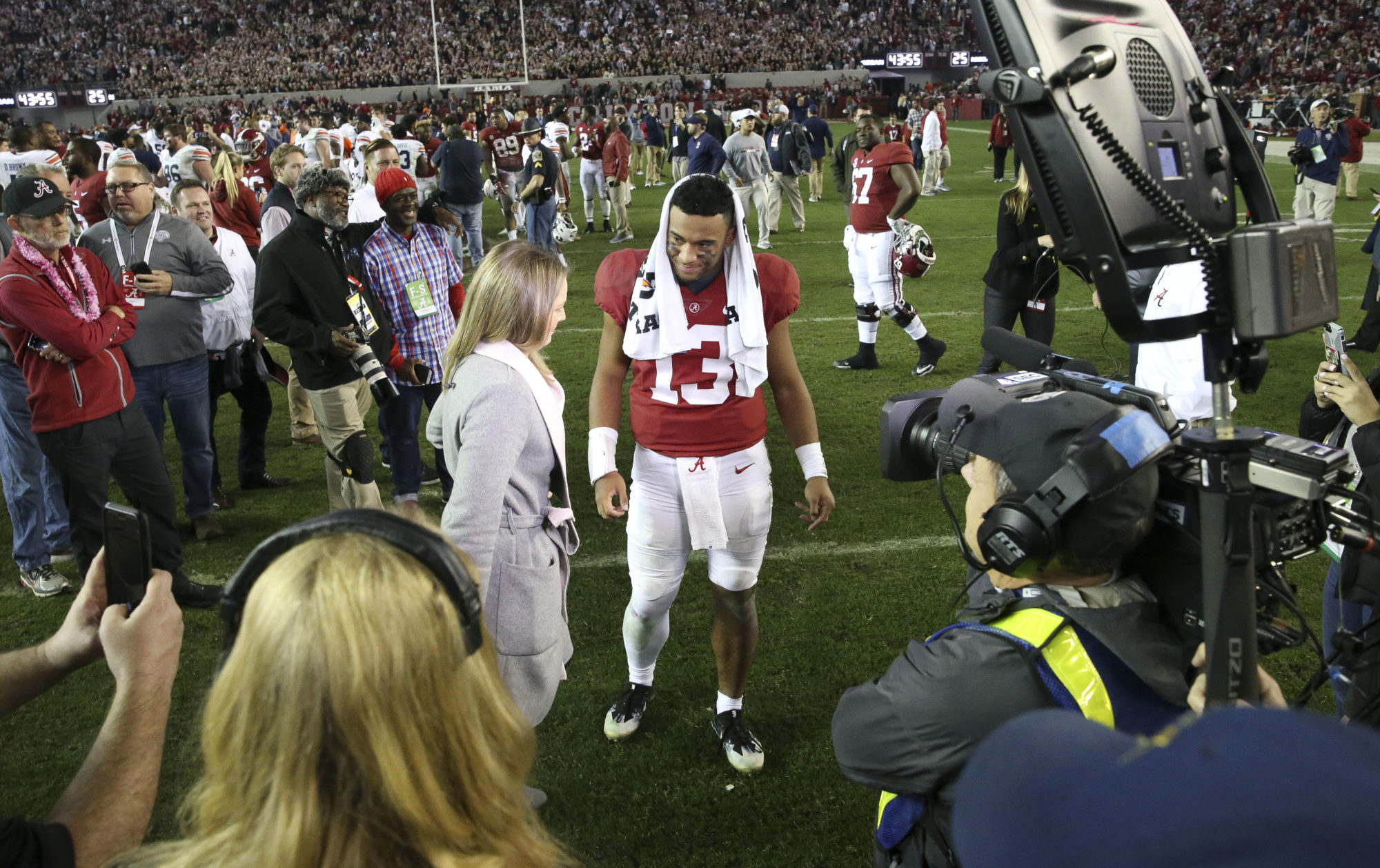 Tua Tagovailoa is one of five finalists for the Walter Camp Player of the Year Award, the foundation announced on Wednesday. This honor recognizes the national player of the year.

As a quarterback from Alabama, Tagovailoa was 3,189 yards with a 70.3% success rate and a school record of 36 touchdowns. He also scored five times in the field.

The other finalists are West Virginia's Will Grier, Oklahoma's Kyler Murray and the state of Washington Gardner Minshew. All are quarterbacks. Kentucky backer Josh Allen is the fifth finalist.

The winner will be revealed on December 6 on the ESPN SportsCenter.

Tagovailoa is also nominated for the Davey O'Brien and Maxwell awards.