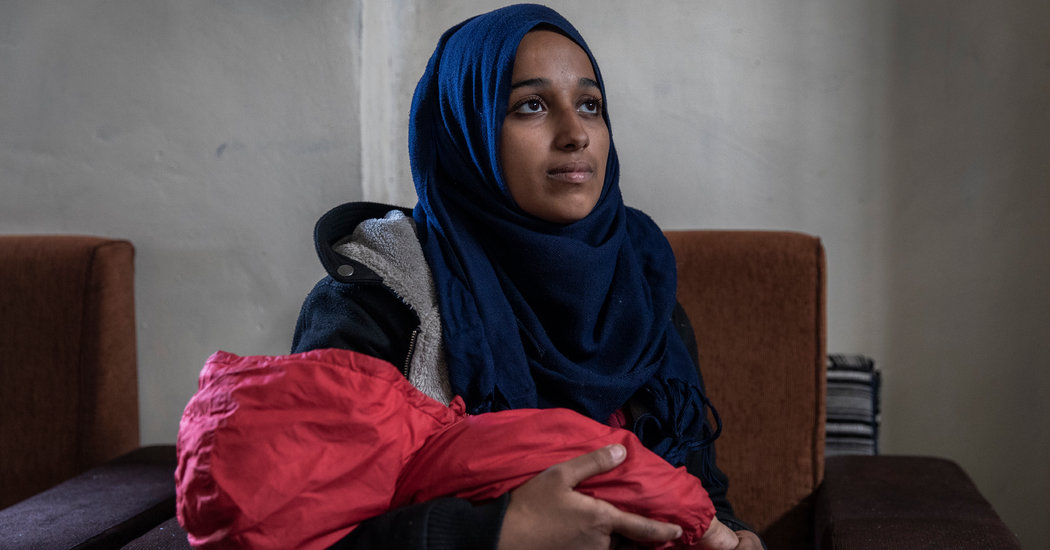 They started talking about trying their luck and said that they shared their growing horror of the choices they had made.

ISIS has banned anyone from leaving, planting mines and using snipers to shoot down anyone who had tried. But last month, Muthana said she decided to try her luck by attaching herself to a Syrian family who had left Shafa at dusk.

She only took her baby and her stroller, she says. When night fell, the group got lost and spent the night in freezing cold, she said.

The next day, January 10, she completed her journey and returned to US troops in the Syrian Desert, who took her fingerprints.

A few days later, Mrs. Polman followed the same path and also went. A few weeks later, after she had no contact with US or Canadian authorities, she and Ms. Muthana turned to the Red Cross for help. They are also in contact with a lawyer who is trying to facilitate their return to North America.

Ms. Muthana handed a handwritten note to the lawyer.

"I realized how much I did not appreciate or maybe even really understand the importance of the freedoms we have in America. I am doing it now, "she wrote. "To say that I regret my words from the past, any pain that I have caused to my family and any anxiety I would cause to my country would be difficult to express properly."

Mr Hughes, deputy director of the George Washington University's program on extremism, said that the United States had the obligation to bring her home – "although handcuffed".