University Sports: 5 takeaway from Oklahoma's spring match: Jalen Hurts was better than the one announced 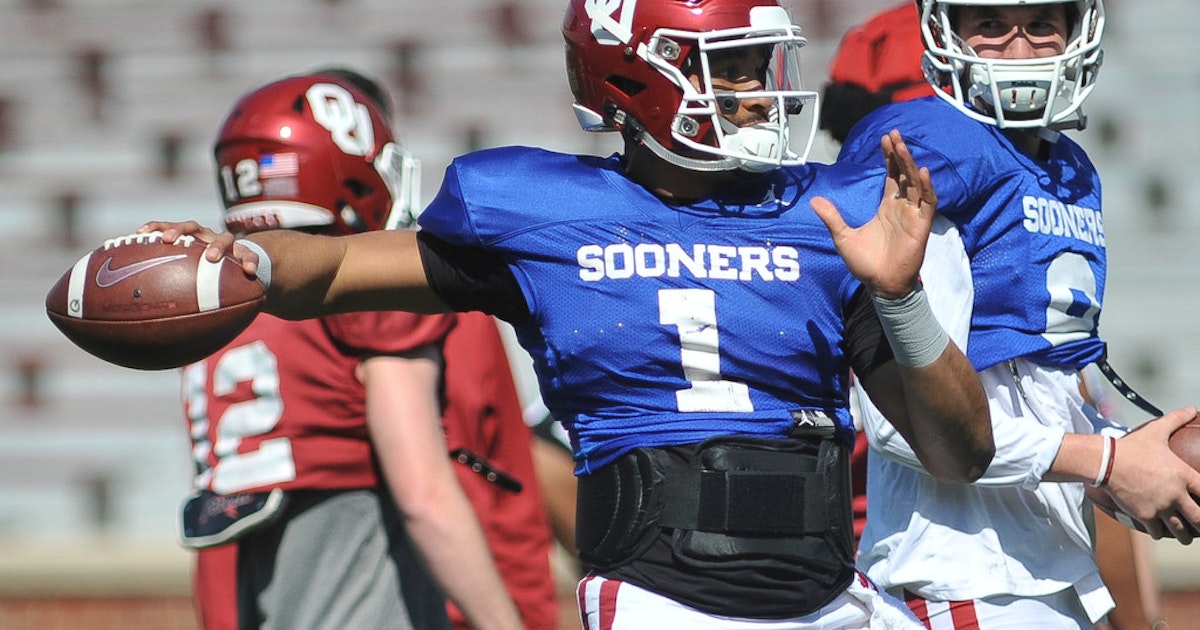 Here are five points to remember from the Oklahoma Spring Game:

Oklahoma's new quarterback, Jalen Hurts, was excellent on his debut on Owen Field. Hurts completed 11 of 14 passes for 176 yards and one touchdown. He also rushed for a score. Beyond the statistics sheet, Hurts was accurate and seemed comfortable inside and out of the pocket.

While Hurts played well, it's the opposite for rookie Tanner Mordecai. After hitting Lee Morris for a 58-yard touchdown at the opening of the game, Mordecai never got the pace. He missed his next six attempts, including an interception. His footwork in the pocket seemed hasty and he failed to give accurate passes. Mordecai was only 11th out of 24 for 142 yards.

For the first time since the start of the Oklahoma season against Florida Atlantic, safety has been recorded. Justin Broiles took a wandering reversal of Mordecai in the first half and brought it back to 33 yards. Broiles was impressive throughout the match. He was only credited with one tackle, but played several times around the ball.

It was not just Broiles who was better around the ball. Lateral defenders Tre Brown, Jamal Morris, Parnell Motley and Eric Gallegos were credited with breaking passes. Brendan Radley-Hiles recorded a bag and put pressure on the quarterback from the nickel position several times during the night.

Oklahoma broke its offensive line on Friday night. Here's how the entries broke down:

Hurts' unit is more vaunted than Mordecai's, although none of them had a central player because of Creed Humphrey's injury. Hurts seemed to have more time to throw in the pocket and took only one bag.

Riley took stock of the offensive line of the first team right now:

Aside from Broiles' interception, cornerback Tre Brown was arguably the most impressive defensive player of the day. He blocked Jadon Haselwood, a star of brand, for most of the day, not allowing him to catch a pass until the mark of six minutes in the second half, and even on a bubble screen . He finished with two tackles and a break.

Brown was already presumably tied to a leading role, but his performance this spring again proves that he is ready for next fall. As for the other place, it will probably be a competition between Tre Norwood and Parnell Motley, who left the match with an injury.

The crowd was solid

Despite the bad weather forecast Friday night because of the weather, Oklahoma fans have filled the stadium up to 50,228.

This number may be a little high compared to reality, but it was an impressive crowd for any spring match: