“We are in crisis mode”, as virus cases increase 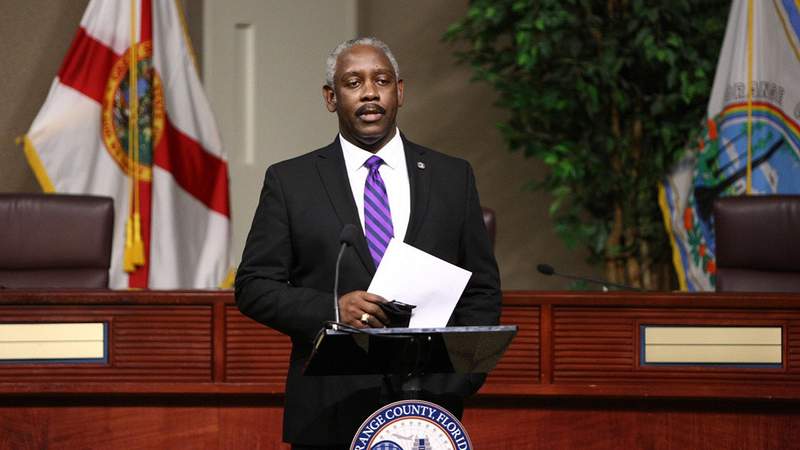 ORLANDO, Florida. – The mayor of the county that is home to Florida’s theme park mecca said on Monday that “we are now in crisis mode” when it comes to dealing with the growing number of COVID-19 infections.

Florida accounted for a fifth of the nation’s new infections last week, more than any other state, according to the U.S. Centers for Disease Control and Prevention. Today, the home of Walt Disney World and Universal Orlando Resort is seeing about 1,000 new cases a day, Orange County Mayor Jerry Demings said.

“A thousand a day is extraordinary,” Demings said at a press conference. “We are now in crisis mode… As a community, we need to work together to slow this pace.”

The positivity rate for the virus in the county of 1.4 million people has tripled to 14%, from about 4.3% a month ago. More than 61% of the county’s residents have had at least one vaccination, and the mayor has urged unvaccinated residents to get vaccinated as soon as possible.

Demings said hospitals in central Florida are approaching capacity. A doctor at one of the state’s largest healthcare systems said its COVID-19 patient count was approaching an all-time high: 862, approaching the peak of 900 hospital patients with the virus in January.

The hospital system moved to ‘code red’ status this week, postponing elective surgeries to free up capacity for COVID-19 patients.

Of particular concern is a significant increase in the number of unvaccinated pregnant women requiring hospitalization for the virus, said Herrera, who urged pregnant women to speak to their doctors and consider getting vaccinated.

“Some of them are very sick and intubated,” Herrera said.

The median age of Orange County patients who died from COVID-19 is 59 and tends to be younger, with almost all new infections in unvaccinated people, said Dr. Raul Pino, director of Florida. Department of Health in Orange County.

A silver lining is that the county’s death rate from the virus is the lowest in a year, an indication of the vaccine’s effectiveness, Pino said.

More than 73,000 new cases of coronavirus were reported in Florida in the previous week, according to the state health department, nearly seven times the 12,000 reported a month ago. Florida numbers were down since mid-January when 100,000 new cases per week were reported. Florida recorded 341 cases per 100,000 residents over the past week, just behind Louisiana, according to CDC data.

Despite this latest wave, Governor Ron DeSantis has said Florida will not return to government mandates. In May, Republicans banned municipalities from taxing their own and banned businesses from requiring proof of vaccination. He said it was up to individuals to manage the pandemic.

Demings, a Democrat, said he was not ruling out reintroducing masking rules for the county, as other jurisdictions have already done. He blamed state officials for not taking more proactive steps to slow infections.

“Now is the time when we should see some adjustments being made as the virus is spreading rapidly,” Demings said. “We can’t do the same things we did and expect different results. “

Valley News – One Life: Becky Irving; “You really had to be on your A-game”

The difference between dementia and Alzheimer’s disease, according to experts