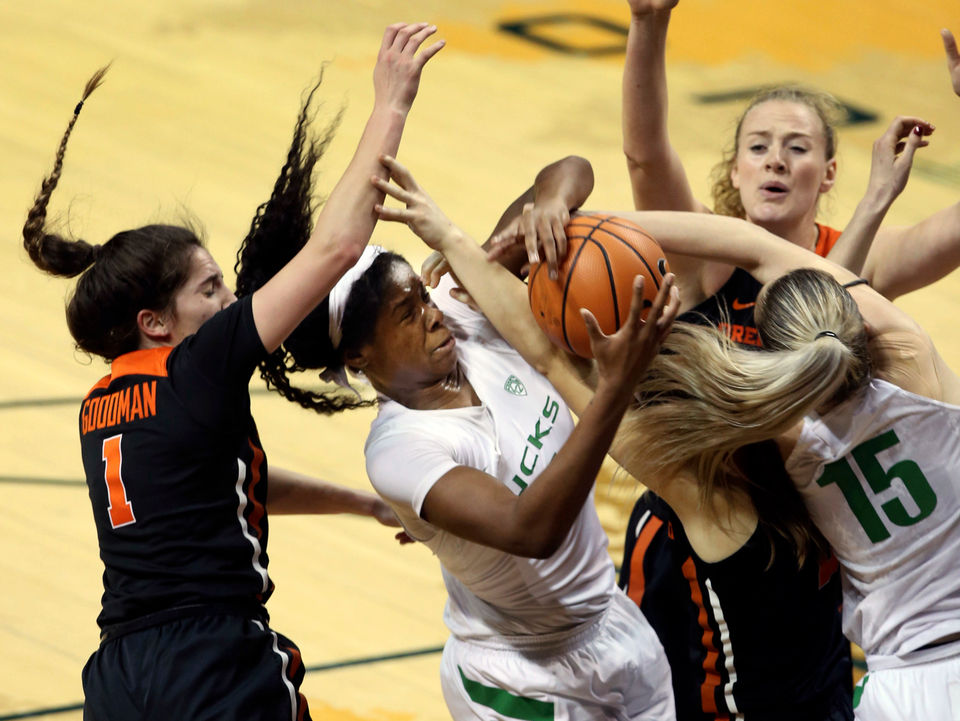 The No. 3 Oregon Ducks and No. 9 Oregon State Beavers women's basketball programs will face Friday night in one of the most anticipated games of the regular season of the year.

And if readers follow the recruitment process, they might have seen this level of success happen for both programs.

Oregon and the state of Oregon each have four five-star old hopefuls and at least one five-star former hope coming off the bench this season.

Here's how key contributors to beavers and ducks were ranked at the high school exit:

Beginners and key contributors to the Oregon State Beavers

Beginners and key contributors to the Oregon State Beavers

* Major contributors Kat Tudor and Janessa Thropay joined forces to play only eight minutes at the Pac-12 conference due to an injury.

Joanna Grymek of the Oregon State, originally from Poland, played at college level, so she did not receive the ESPNW rankings.

Despite this, however, she came to the Oregon State via junior college track as "# 2 college female player in the nation (center # 1) ranked by Collegiate Girls Basketball Report," according to the sports site from the Oregon State.

Whether it's a four or five star talent is outstanding, but it was clearly a major "get" for coach Scott Rueck.

This season, Grymek averages 7.4 points and 3.5 rebounds per game.

High school star La Salle, Aleah Goodman, was one of the best shooters in the country in the 2017 class. He was ranked 63rd in the country as a potential player (goalkeeper # 12).

The 2016 Madison Washington wing class was ranked 89th in the national perspective by ESPNW.