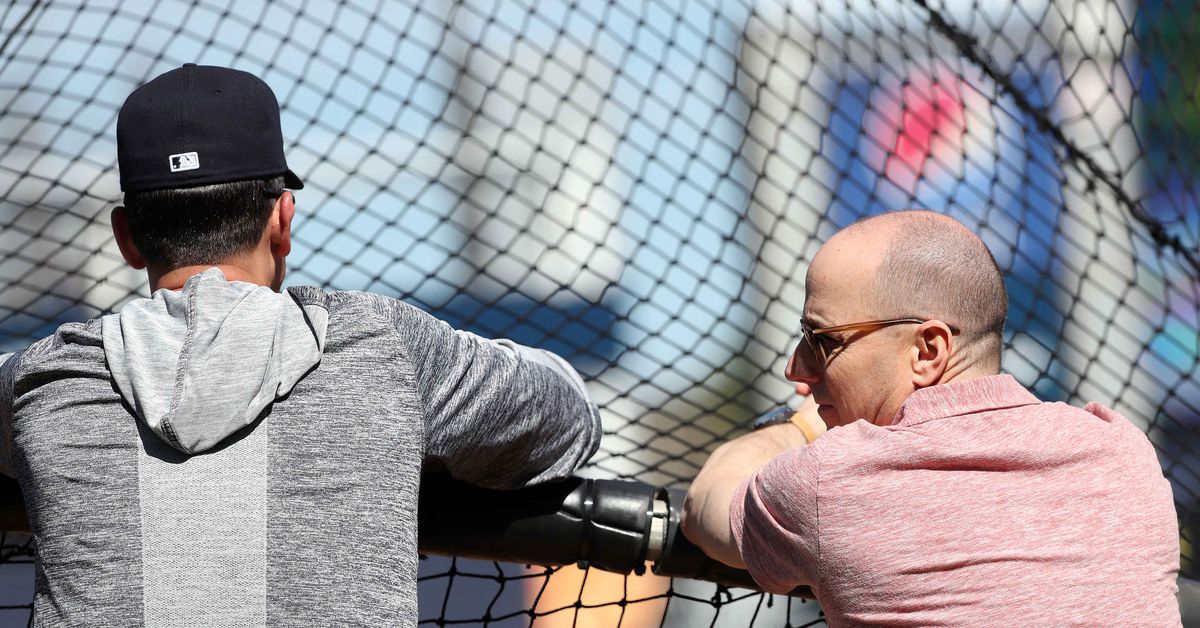 In the news on Tuesday morning, I made a comment on the fact that we were still joking about the end of the season. It's a joke because there is so much time left for baseball that individual results as early as that usually do not mean much. Still, we are barely a week away from the 2019 season and the Yankees may be swaying to the edge of the cliff.

Since spring training, the team has suffered injuries from a significant number of players it expected to count on. Luis Severino, Giancarlo Stanton, Miguel Andujar, Aaron Hicks, Dellin Betances and CC Sabathia have all been placed on the casualty list at different times. This does not include the news last October that Didi Gregorius would be missing at the end of the season. It's a scary world and I'm scared every moment that Aaron Judge is not wrapped in bubbles.

Then, in yesterday's game, things became even more ridiculous:

Troy Tulowitzki left the game today with a left calf strain. He goes to a hospital for further tests.

I do not laugh at his injury. I'm kidding that the Yankees have called the 34-year-old to start regularly, when he has not played for a year and he has not been in good health longer than that, he had been hurt. It was so predictable and yet the Yankees allowed that to happen. Do not worry, it'll be fine.

The Yankees have only two players in the lineup of 40 players who are not registered in I.L. or in the majors: Thairo Estrada field-field prospector and receiver Kyle Higashioka.

On reflection, they could probably use some help.

They had the opportunity to recruit top talent in the free agent market this winter, but they did pretty well. Obviously, no one would have seen as many injuries happen (except for Tulowitzki's), but it's still frustrating. They can make excuses about character and age, but it's all about money. The Yankees have a lot and have decided to share it only a lot. They spent money, so they are not really cheap, but they did not spend to put the best team on the field. On the contrary, they spent in the best interest of their portfolios.

Now, the Yankees are in pain, and it's a little too late to turn to the free agent market. As there is April, it is difficult to define exactly what the Yankees should do. But then, the Giants and the Blue Jays have just made an exchange.

On April 2, the Blue Jays sent Kevin Pillar to the giants in exchange for Alen Hanson, Derek Law and Juan De Paula (yes, from Juan De Paula). Usually teams wait closer to the trade deadline before making big changes and we rarely see anything so early in the season. Still, it just happened. Which made me think: why are the Yankees not doing something?

Now, I have no idea who would actually be available so soon. Most teams are waiting to see how the season goes before deciding to be sellers or buyers. But that does not prevent the Yankees from proposing feelers. They can at least try to see who, if any, is available and what would be the cost of getting help immediately instead of waiting until June or July. In addition, as the Blue Jays have just shown, given the stratification of the LA, some teams are already ready to admit they are not playing for this year.

The last thing they want is to be too late to change the impact. Not getting help and exhausting the spring training queues during the first week of the season puts this risk at risk. I have never believed that teams panic so early, but the number of injuries this team has experienced so far is simply unreal. If they can find a quick help, they should jump on it. They may want to consider getting into the trade market quickly. At the very least, they can say that they have tried, which I will take at this point.