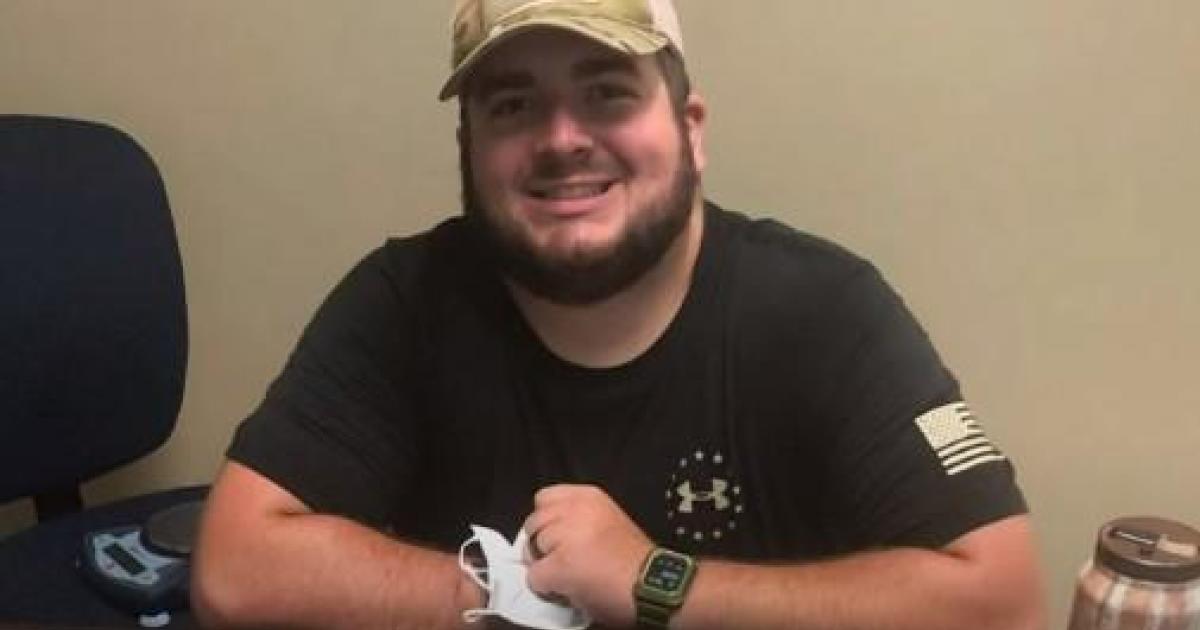 Alamo, Georgia – A man accused of shooting a Georgian police officer on his first shift with the department ambushed him in retaliation for an associate’s officer’s arrest hours earlier, the officials said. authorities Sunday evening.

The Georgia Bureau of Investigation said Damien Anthony Ferguson, 43, was charged with murder in the shooting death of Officer Dylan Harrison outside the Alamo Police Department on Saturday morning.

Harrison, 26, had been in law enforcement since 2018, reports WMAZ-TV, a subsidiary of CBS Macon. Prior to becoming a police officer, he worked for the East Dublin, Georgia Police Department and in an Oklahoma Drug Task Force. Harrison was also a firefighter and paramedic, according to the station.

On Friday afternoon, Harrison approached a driver in the parking lot of the Circle K convenience store across from the police department after observing a traffic violation, authorities said. The driver refused to identify himself and the interaction escalated as the man pushed Harrison. Harrison used his Taser, arrested the man and took him to jail, authorities said.

“The ambush-type attack on Officer Harrison is believed to be retaliation for the incident and the arrest of the man,” the office said in a statement. They did not identify the man.

Speaking at a press conference on Sunday, Alamo Police Chief Karen Zanders said: “I have never known a heartbreak that I have felt since the life of Officer Dylan Harrison was taken to our quiet little town. ”

“Her life was taken from her just for doing her job,” she added.

Ferguson was arrested Sunday afternoon at his home in Alamo, located in Wheeler County about 90 miles southeast of Macon. A state SWAT team and a division of the US Marshals Service arrested him without incident following a major manhunt.

He is also charged with aggravated stalking related to a previous domestic incident and is being held at the Laurens County Jail, authorities said.

It was not immediately known Sunday if he had a lawyer to speak on his behalf.

Harrison is survived by his wife and 6 month old son.

For the latest news and analysis, download the free CBS News app