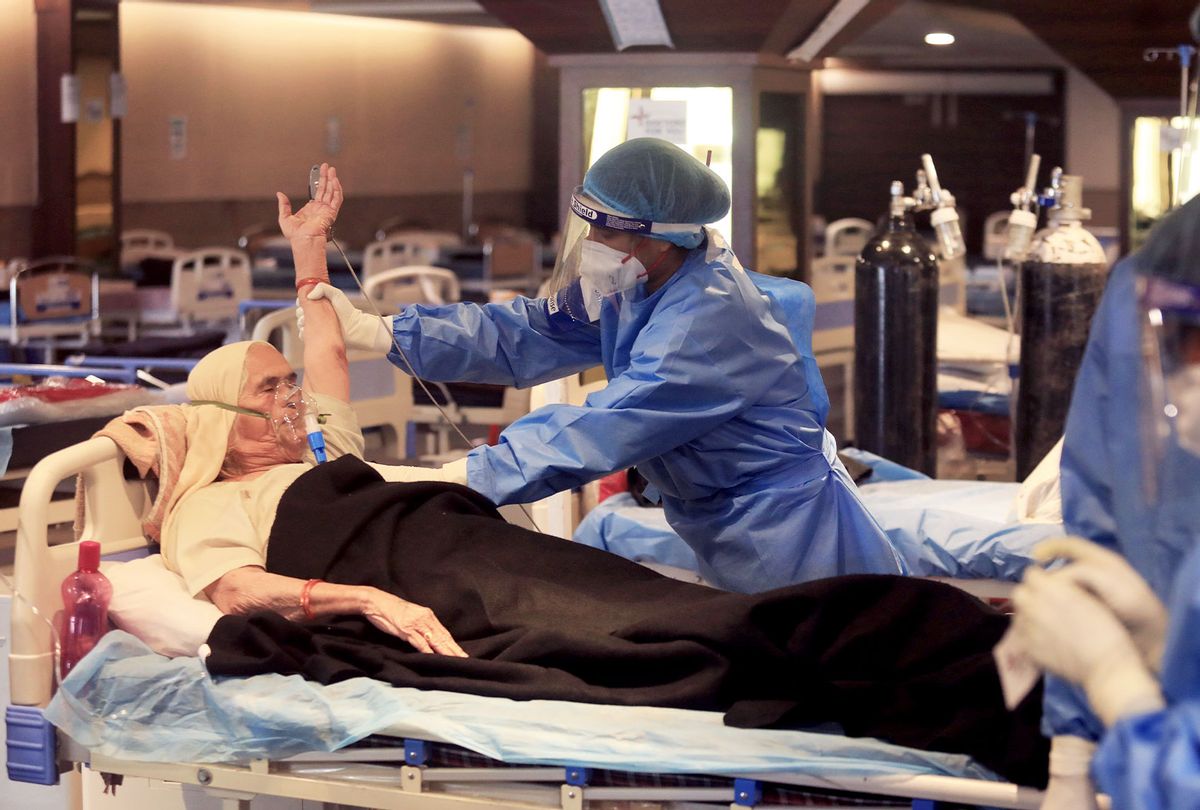 Dr Aaron Kheriaty, professor of psychiatry at the University of California-Irvine, felt he did not need to be vaccinated against covid because he had fallen ill with the disease in July 2020.

So, in August, he filed a lawsuit to end the university system’s immunization mandate, claiming that “natural” immunity had given him and millions of others better protection than n ‘any vaccine.

On September 28, a judge dismissed Kheriaty’s request for an injunction against the university regarding his tenure, which took effect on September 3. While Kheriaty intends to pursue the case, legal experts doubt his lawsuits and similar lawsuits in the country will ultimately succeed. .

That said, there is growing evidence that getting SARS-CoV-2, the virus that causes covid-19, is generally as effective as vaccination at boosting your immune system to prevent disease. Still, federal officials were hesitant to recognize any equivalence, citing the wide variation in the immune response of covid patients to infection.

Like many litigation during the covid pandemic, the uncertain value of a previous infection has sparked legal challenges, marketing offers and political wrangling, even as scientists work quietly in the background to unravel the facts.

For decades, doctors have used blood tests to determine whether people are protected against infectious diseases. Pregnant mothers are tested for rubella antibodies to make sure their fetuses will not be infected with the rubella virus, which causes devastating birth defects. Hospital staff are screened for antibodies against measles and chickenpox to prevent the spread of these diseases. But covid immunity seems more difficult to discern than these diseases.

The Food and Drug Administration has cleared the use of covid antibody tests, which can cost around $ 70, to detect past infection. Some tests can distinguish whether the antibodies are from an infection or from a vaccine. But neither the FDA nor the Centers for Disease Control and Prevention recommend using the tests to assess whether you are, in fact, immune to covid. For this, testing is essentially unnecessary as there is no agreement on the amount or types of antibodies that would signal protection against the disease.

“We do not yet fully understand what the presence of antibodies tells us about immunity,” said Kelly Wroblewski, director of infectious diseases at the Association of Public Health Laboratories.

Likewise, experts disagree on the protection offered by infection.

In the absence of certainty and as vaccination mandates are imposed across the country, lawsuits seek to pressure the issue. People who claim that vaccination warrants violate their civil liberties argue that the immunity acquired by infection protects them. In Los Angeles, six police officers sued the city, claiming they had natural immunity. In August, law professor Todd Zywicki alleged that George Mason University’s vaccination mandate violated his constitutional rights as he enjoyed natural immunity. He cited a number of antibody tests and the medical opinion of an immunologist that it was “medically unnecessary” for him to get the vaccine. Zywicki dropped the lawsuit after the university granted her a medical exemption, which she said was unrelated to the lawsuit.

Republican lawmakers have joined the crusade. The GOP Doctors Caucus, which consists of Republican doctors in Congress, urged those wary of vaccination to seek an antibody test instead, contradicting CDC and FDA recommendations. In Kentucky, the state Senate passed a resolution granting equal immunity status to those who show proof of vaccination or a positive antibody test.

Hospitals were among the first facilities to impose vaccination mandates on their frontline workers because of the risk of the disease spreading to vulnerable patients. Few of them offered immunization exemptions to those previously infected. But there are exceptions.

Two hospital systems in Pennsylvania allow clinical staff to defer vaccination for one year after testing positive for covid. Another, in Michigan, allows employees to opt out of vaccination if they show evidence of a previous infection and a positive antibody test in the previous three months. In these cases, the systems have indicated they are keen to avoid staff shortages that could result from nurses avoiding vaccines leaving.

For Kheriaty, the question is simple. “Research on natural immunity is now pretty definitive,” he told KHN. “It’s better than the immunity conferred by vaccines.” But such categorical statements are clearly not shared by most members of the scientific community.

Dr. Arthur Reingold, epidemiologist at UC-Berkeley, and Shane Crotty, virologist at the respected La Jolla Institute for Immunology in San Diego, testified as expert witnesses in Kheriaty’s trial, asserting the extent of immunity to the reinfection, especially against newer variants. of covid, is unknown. They noted that the vaccination gives a huge boost to the immunity of people who have already been ill.

Yet not all of those pushing for recognition of a past infection are vaccine critics or torchbearers of the anti-vaccine movement.

Dr Jeffrey Klausner, clinical professor of population and public health sciences at the University of Southern California, co-authored a review published last week that showed infection typically protects for 10 months or more. “From a public health perspective, denying jobs, access and travel to people who have recovered from the infection does not make sense,” he said.

In his testimony against Kheriaty’s case for “natural” covid immunity, Crotty cited studies of the massive covid epidemic that swept through Manaus, Brazil earlier this year that involved the gamma variant of the virus. . One of the studies estimated, based on tests of donated blood, that three-quarters of the city’s population had already been infected before the arrival of gamma. This suggested that a previous infection might not protect against new variants. But Klausner and others suspect that the previous infection rate presented in the study was a gross overestimate.

A large study conducted in August in Israel, which showed better protection against infection than against vaccination, could help reverse the trend towards acceptance of a previous infection, Klausner said. “Everyone’s just waiting for Fauci to say, ‘A past infection offers protection,'” he said.

When Dr.Anthony Fauci, the federal government’s top infectious disease expert, was asked in an interview with CNN last month, whether those infected were as well protected as those who were vaccinated, he replied. “There could be an argument” that they are, he said. Fauci did not immediately respond to a request from KHN for further comment.

CDC spokeswoman Kristen Nordlund said in an email that “current evidence” shows wide variation in antibody responses after infection with covid. “We hope to have additional information on the protective power of vaccine immunity over natural immunity in the coming weeks.”

A “monumental effort” is underway to determine what level of antibody is protective, said Dr Robert Seder, head of the cell immunology section at the National Institute of Allergy and Infectious Diseases. Recent studies have looked at a number.

Antibody tests will never provide a yes or no answer about protection against covid, said Dr George Siber, a vaccine industry consultant and co-author of one of the papers. “But there are people who will not be vaccinated. Trying to predict who is at low risk is a laudable endeavor.”

KHN (Kaiser Health News) is a national newsroom that produces in-depth journalism on health issues. Along with policy analysis and polls, KHN is one of the three main operational programs of the KFF (Kaiser Family Foundation). KFF is an endowed nonprofit organization that provides information on health issues to the nation.