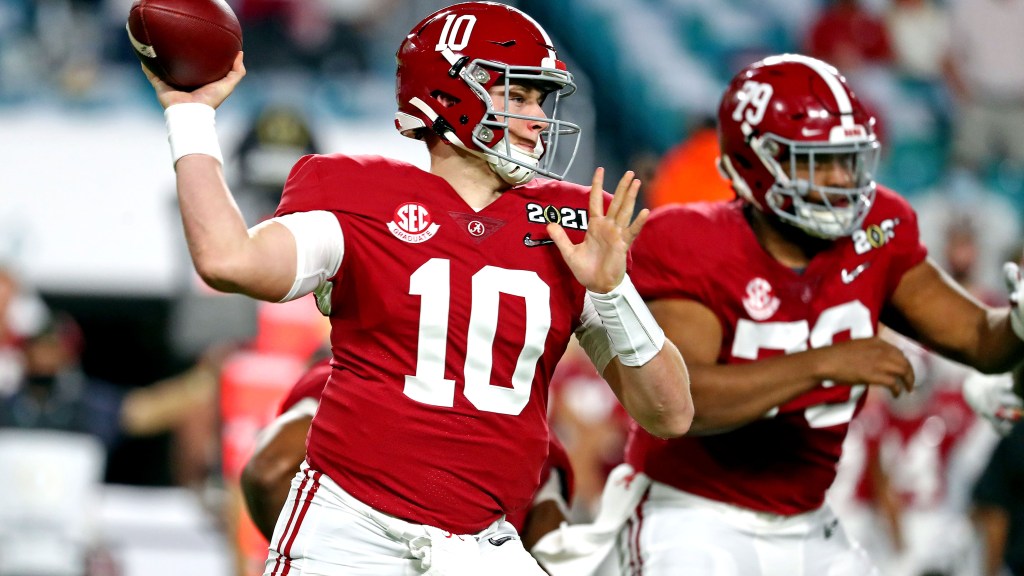 Alabama quarterback Mac Jones appears to be on the New England Patriots’ radar. After having a great conversation with the organization last month and turning heads at the Senior Bowl, Jones certainly enjoyed the past week.

Jones appears to be in the mix to go to the first round, potentially New England at No. 15 – or maybe even higher. While not the type of mobile quarterback that’s popular in the NFL today, he has had a stellar 2020 season as a pocket passer, with a completion percentage of 77.4 , 4,500 passing yards, 41 touchdowns and four interceptions.

Appearing on Good morning football with Peter Schrager on Wednesday, Jones got an interesting response when asked if he had heard any rumors about being on the Patriots’ radar.

“There are all kinds of things there, I guess. For me, I got to meet all 32 teams and meet the Patriots. There were scouts there so I hope I left a good impact on them.

“I think Coach Belichick and Coach Saban obviously have a great relationship and I hope Coach Saban has some good things to say about me, but I guess he would. Obviously a buddy of mine Damien Harris is up there too, so I talk to him a lot.

While this isn’t exactly a concrete answer, it does provide some insight into the ties the Patriots have with Alabama. As New England seek their franchise quarterback, Jones could be an option for New England.