Drinking tea every day halves your risk of dementia 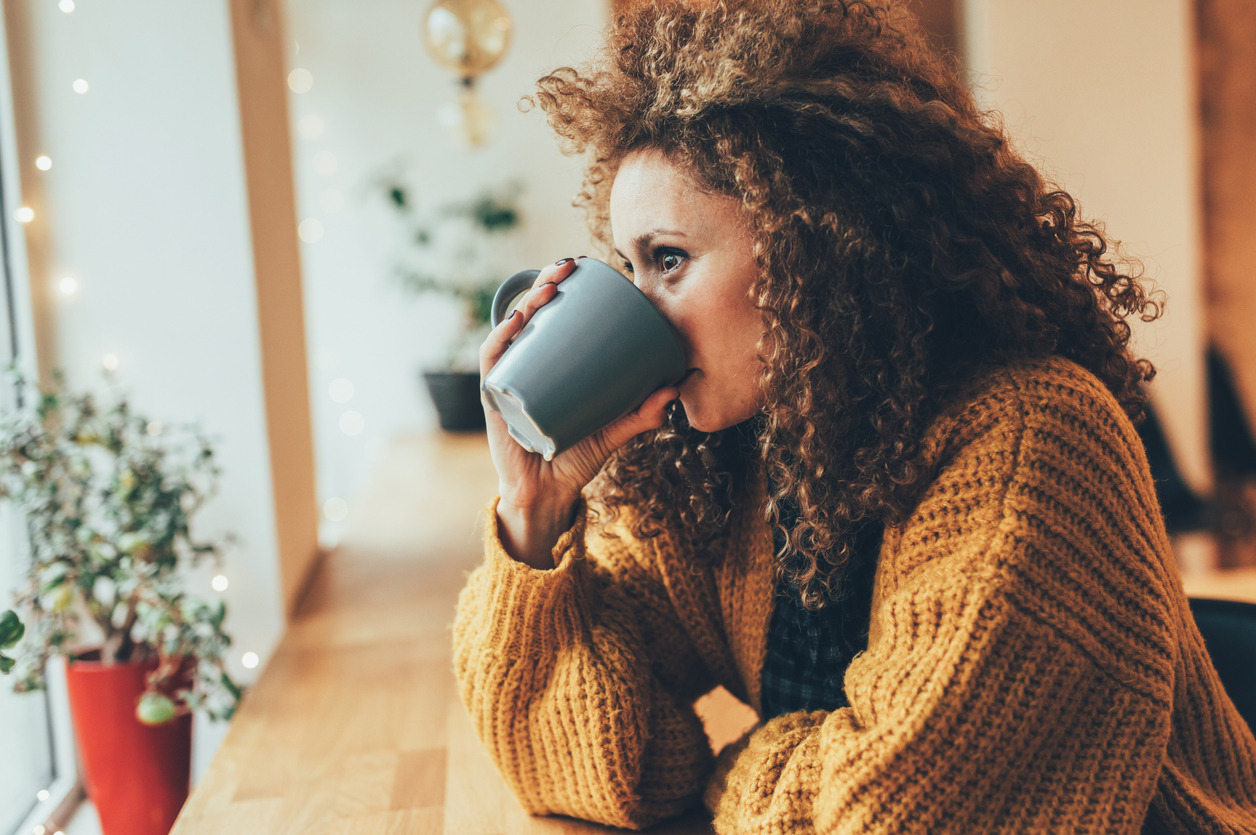 Aging happens differently for each person, but it is a common fear for most that they will be affected by cognitive decline as they age. According to the World Health Organization (WHO), 55 million people worldwide suffer from dementia, and that number is expected to rise to 78 million by 2030 and 139 million by 2050. Unfortunately, unlike cardiovascular disease, steps to keep your brain in good shape may be less clear. But according to a study, there is some evidence that daily consumption of this popular drink can halve the risk of developing dementia. Read on to see what you should put in your cup more regularly.

RELATED: It Could Be Your First Sign of Dementia Years Before Diagnosis, Study Finds.

In a study published in The Journal of Nutrition, Health and Aging in December 2016, a team of researchers from the National University of Singapore set out to examine whether regular tea consumption could have an effect on the onset of dementia. To do this, the researchers brought together 957 Chinese participants aged 55 or older to conduct a longitudinal study.

According to the researchers, the results suggest that drinking tea every day may be an affordable and easy way to fight the onset of a severely debilitating disease. “Despite high quality drug trials, effective pharmacological therapy for neurocognitive disorders such as dementia remains elusive, and current prevention strategies are far from satisfactory,” Feng leiThe study author and assistant professor at the Department of Psychological Medicine at the Yong Loo Lin School of Medicine at the National University of Singapore (NUS) said in a statement. “Tea is one of the most consumed beverages in the world. Data from our study suggests that a simple and inexpensive lifestyle measure such as drinking tea daily may reduce the risk of developing neurocognitive disorders by end of life.”

Feng concluded, “Although the study was conducted in elderly Chinese people, the results could apply to other races as well. Our results have important implications for the prevention of dementia.”

RELATED: Doing This 30-Minute Workout A Few Times A Week Can Avoid Dementia.

Researchers also found that the health benefits of drinking tea weren’t limited to just one type. All of the freshly brewed leaves, including black, green, and oolong, were found to have the neuroprotective effects found in the study.

“Based on current knowledge, this long-term benefit of tea consumption is due to the bioactive compounds in tea leaves, such as catechins, theaflavins, thearubigins and L-theanine,” Feng explained. . “These compounds exhibit anti-inflammatory and antioxidant potential and other bioactive properties that may protect the brain from vascular damage and neurodegeneration. Our understanding of the detailed biological mechanisms is still very limited, so we need more research to find definitive answers. “

Other research has shown that the brain health boosting properties aren’t limited to tea. A 2018 study by the Krembil Brain Institute, published in the journal Frontiers in neuroscience, set out to study the theoretical link between coffee consumption and a reduced risk of developing Alzheimer’s disease. The researchers decided to test the compounds found in different beans, including light roasted, roasted and decaffeinated coffee.

The team found that the beans contained phenylindanes, a chemical compound that prevents the buildup and clumping of proteins called beta-amyloid and tau, which are known to lead to Alzheimer’s disease. Since a longer roast results in an increase in the amount of phenylindanes, the researchers concluded that dark roasted coffee offered better protection against neurological disease.

Interestingly, the researchers also found that the amount of caffeine, which has long been theorized to help prevent the onset of dementia, did not affect the outcome. “The caffeinated and decaffeinated black roast both had identical potencies in our first experimental tests,” Ross mancini, PhD, a researcher in medicinal chemistry, said in a statement. “So we observed very early on that its protective effect could not be due to caffeine.”

TV6 loses another personality in the face of the vaccine mandate | News, Sports, Jobs

Are my symptoms COVID or a cold? How can I know the difference?