Forget Airwolf. One of them is the next "helicopter" of the army. 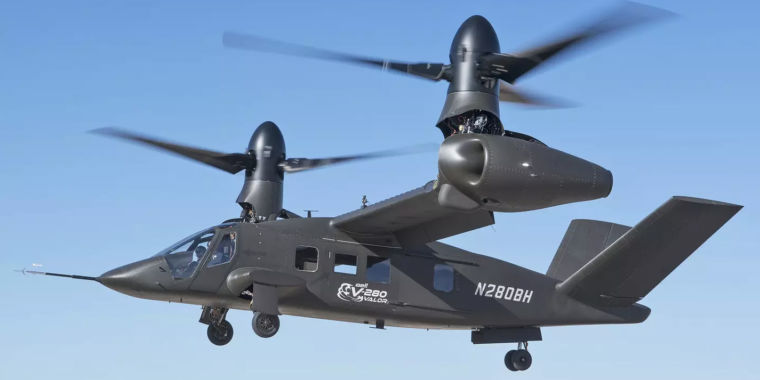 The Sikorsky UH-60 Black Hawk and its many variants have been the backbone of the US Army helicopter force for decades. Designed for the last major military helicopter purchase in the 1980s, the Black Hawk now operates in one form or another in all military services. But its range and speed have become limiting factors in the airborne assault operations of the army. And to add to the problem, the army lacks a reconnaissance helicopter that meets the requirements of a deployment overseas. The Eurocopter UH-72 Lakota is not fit for combat, so the AH-64 Apaches had to play the role of armed scout using drones.

As a result, the military has put in place two separate helicopter purchase programs for the first time since the launch of the Black Hawk and Apache. Both programs, derived from the Army's Future Vertical Lift "capability sets", are looking for replacements for Black Hawk and Kiowa who are "possibly flown", which means they can fly with or unmanned, while being easier to use. maintain and steal as their predecessors.

The Black Hawk replacement competition, which the Army now calls the long-range combat assault aircraft program, is the most complete of the two so far, with two candidates already in the prototype phase. The goal of the program is a faster, longer range, more armed, more stealthy, more robust and more agile aircraft than the Black Hawk, while being more intuitive. And that should be affordable. The target speed for competing designs is approximately 280 knots (322 miles per hour or 518 kilometers per hour).

The Textron Bell unit has already launched its competitor in the air. The Bell V-280 Valor, an evolution of the V-22 Osprey Pendulum Rotor, has been in flight testing for more than a year. In January, the V-280 prototype reached 280 knots in flight. And Bell officials have stated that they expect the Valor to become faster. The V-280 should have a combat range of 1480 km, almost three times that of the Black Hawk.

The advantage of pendular rotor aircraft lies in the fact that they combine the takeoff and landing capabilities of a helicopter with the flight characteristics of an aircraft. And Bell has the advantage of having Osprey to help him ripen his technology. At first, the Osprey, piloted by the Marine Corps and the Navy, was plagued by accidents and maintenance problems. But since then, he has become much more reliable and the Navy has given him new missions, including a heavy transport of goods.

There are reasons why the Osprey is not a favorite of the army. The first is that all its wings, including the turbine engines that drive the rotors, rotate, making the machine more expensive and more complex and making the landing areas more explosive and dusty. The Valor solves some of the problems of the Osprey by tilting only its rotors and not the entire turbine engine, which means that it will produce less dust and will not fire landing zones. grassed. It is also lighter and potentially less expensive than the V-22.

Bell's competitor in the competition is the Sikorsky-Boeing SB-1 Defiant. The Defiant is an evolution of the X-2 experimental helicopter and the S-97 Raider, both of which used rotors based on what Sikorsky calls the advanced blade concept, a design that utilizes Counter-rotating rigid rotors for the elevator and a propeller propeller for much of the thrust. Rigid propeller design helps overcome the aerodynamic problems that once limited the speed of helicopters.

The X-2, the first Advancing Blade Concept helicopter, reportedly broke the speed record for rotary wing aircraft in 2010 at 250 knots (287 miles at the hour). The Raider, developed in-house by Sikorsky, was originally intended for Kiowa's Army Replacement Operation, which is now part of the Future Attack Recognition Aircraft program. It has the same footprint as the Kiowa, but can carry up to six soldiers in addition to the pilot and co-pilot.

The Defiant has not yet flown, his prototype is currently in the ground test phase. But the Raider has already flown and reached a cruising speed of over 200 knots (in comparison, the maximum speed of the Black Hawk is 159 knots, or 183 miles at the hour). When it is level, the Raider behaves more like a helicopter commercial plane: the collective control locks in its most efficient position, and the pilot uses the helicopter exclusively with the cyclic stick. A control on the stick allows the pilot to control the pitch of the rear propeller and manipulate the speed in level flight – or roll back the aircraft with a negative pitch. And the combination of rigid rotors and rear thrust makes the Raider much more agile than other helicopters.

The Raider is designed to withstand sustained forces of up to three times Earth's gravity when maneuvering – think of Airwolf, without the soundtrack of the 1980s, the fantastic speeds of Mach 1 and missiles at will.

Sikorsky is working on an update similar to that of Raider for the future attack reconnaissance aircraft program, which meets the new Army specifications. The Army is looking for an aircraft whose maximum footprint is 40 feet in diameter, a little more than the 34-foot Raider's main rotor diameter. Bell will probably be offering a Valor-based design for the recognition program as well, but the company has not yet released details of its offer.