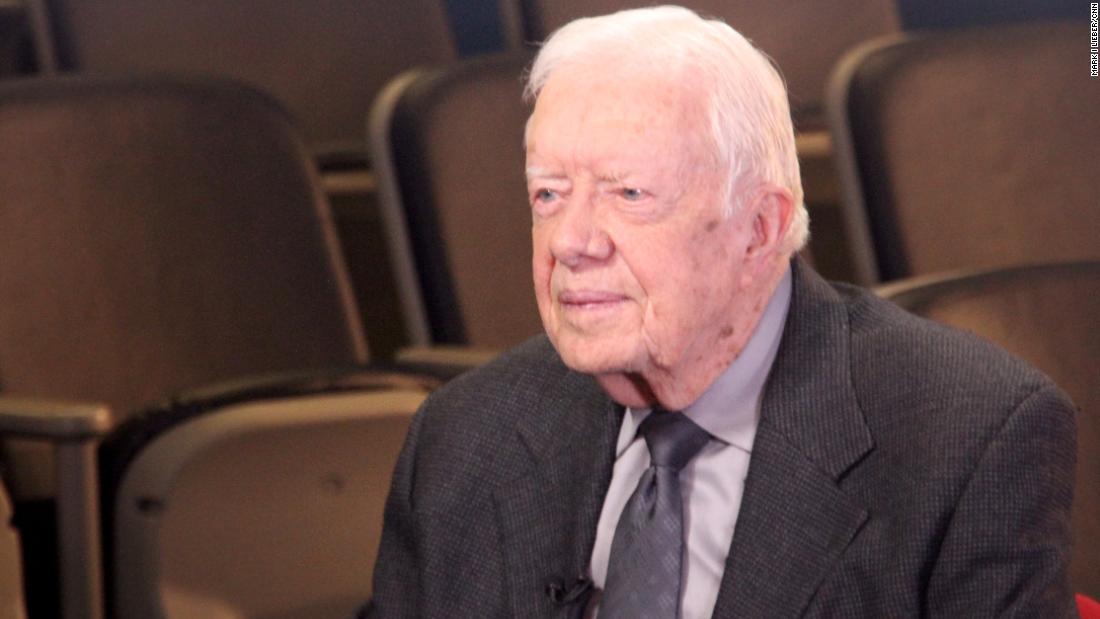 "She and Mrs. Carter are walking around, and they have been on a healthy diet all their life," Carter Center spokeswoman Deanna Congileo told CNN.

"The President and Mrs. Carter are both determined to use their influence as long as they can to improve the world, and millions of the world's poorest people are grateful for their determination and their hearts." she added.

The center does not plan a special celebration.

"But we, at the Carter Center, are convinced that we thank him for his long life serving millions of the world's poorest people," the center said in a statement.

As the winner of a Nobel Peace Prize and three separate Grammy Awards, President Jimmy Carter can now add the fact that he is the oldest US President on his long and impressive resume.

NOTE: The title and introduction of this piece have been corrected to indicate that Carter will become the oldest living president of all time on Friday.