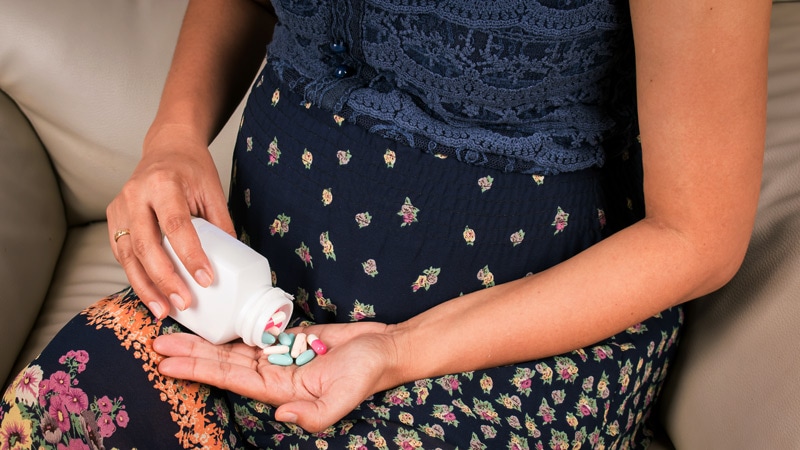 Taking vitamins during the first month of pregnancy could halve the risk of autism spectrum disorder (ASD) among siblings of affected children, according to findings published online today. JAMA Psychiatry.

Some studies have associated maternal consumption of folic acid supplements in early pregnancy with a reduced risk of ASD in the child, but no studies have been done on the association in the younger siblings of children with ASD.

Rebecca J. Schmidt, PhD, of the University of California at Davis, and her colleagues examined recurrence in families considered high risk because an older child has ASD. Focusing on high-risk families avoids recruiting a large number of families, which would be necessary if we followed the initial cases, and we compare the children with similar environments who share on average half of their genomes.

Studies have shown that siblings with ASD children are at 12 times higher risk than the general population, with ASD incidence ranging from 19% to 24%. Siblings with ASD also have a higher risk of language delay, attention deficit, intellectual disability, and other characteristics of autism.

The prospective cohort study analyzed data from 241 children whose siblings had been diagnosed with ASD. Of the children, 140 (58.1%) were boys, with an average age of 36.5 months.

The younger siblings were born between 2006 and 2015 and were assessed within 6 months of their third birthday. Mothers reported prenatal vitamin consumption by telephone during the first and second half of pregnancy and after birth.

In addition, the highest tertile of total average supplementation in folic acid during the first month of pregnancy was associated with the greatest reduction in risk of ASD, consistent with indications that the perinatal period is particularly important. . The recommended amount for pregnancy is ≥ 600 μg; Multivitamins with less than 400 μg are not associated with a decreased risk of ASD.

"Considering the potential for increased genetic susceptibility in these families, these findings, if repeated, imply that susceptibility could potentially be overcome by manipulation of the environment," the researchers conclude. .

They call for further investigation on folate dose thresholds and the effects of other nutrients in the prenatal environment that may increase the risk of ASD.

The limitations of the study include the observation plan and the small sample size.

The researchers did not reveal any relevant financial relationship.