Must the Mets counter by signing the starter? 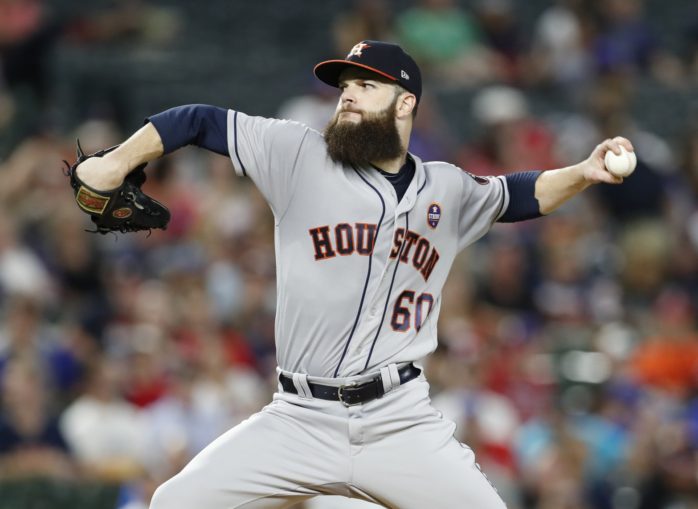 Even before signing Bryce Harper Thursday, the Phillies were complemented by smart acquisitions this winter. After signing Harper, the team is about to run to N.L. Crown is.

So what does this mean for Mets?

This means that their competition in the division has become more and more fierce and that the Mets will have to count on the maximum production of their heart to stay in the division.

New York has done a good job of meeting the needs of this season, but one area has remained unchanged: the starting pitching.

The rotation of the Mets has a lot of talent, but with some well known big arms, the time has come to take a dip and consolidate even more the depth of departure.

Right now, you have the top four of Jacob deGrom, Noah Syndergaard, Zack Wheeler and Steven Matz. Jason Vargas is nested in 5th place, but beyond that, it becomes a little risky.

And if there is an injury or two? Mets could have problems.

Completing their rotation with someone like Dallas Keuchel or Gio Gonzalez would give a huge boost to the Mets and would be a nice cherry on an active winter.

At 31, this is not the dominant force that he once was, but it would still be a huge improvement over Vargas and give the Mets much needed insurance.

Especially regarding Keuchel, who could be on the radar of the Phillies even after signing Harper, the Mets should do their best to keep him out of their N.L. Rival of the East.

In December, the Mets acquired Edwin Diaz Seattle Mariners in part to keep it out of the division. New York should still practice this mantra and not allow the Phillies to further boost their rotation.