Radiation in a crematorium found in a human body 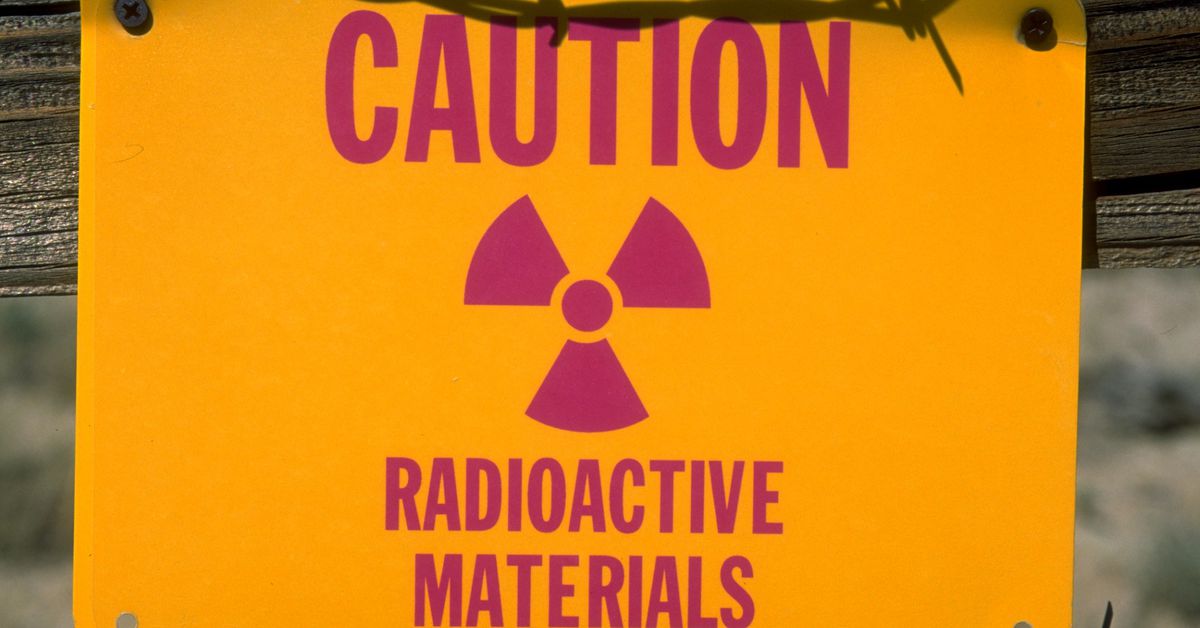 A new study reports that a crematorium in Arizona was contaminated with radiation when workers cremated a man who had received radiation therapy for cancer just before his death. The results highlight a potential safety gap for crematorium workers, who may not know what they have in the body they are cremating.

In this case, the radiation in the crematorium was not important enough to worry the health of it, according to a study published today in the Journal of the American Medical Association. But the study also revealed clues that exposure to radioactive compounds from medical treatments could pose an ongoing risk to the safety of crematorium workers.

The patient in question was a 69-year-old man with a tumor of nerve cells resembling hormones in his pancreas. To treat it, doctors at the Mayo Clinic in Arizona administered the patient intravenous injections of the radioactive compound lutetium 177. A few days later, the patient died of cancer in another hospital. Five days after receiving an injection of radioactive lutetium, he was cremated. The Mayo Clinic team only discovered a few weeks later, while they were preparing the next treatment for the patient.

"It was not like the second coming of Chernobyl or Fukushima."

Kevin Nelson, a radiation protection officer at Mayo Clinic, did not know if Arizona had established rules for situations like this. So he made contact with the Arizona Radiation Control Bureau, who went to inspect the crematorium. A scan with a Geiger counter revealed high levels of radiation in the cremation unit, a vacuum filter and the bone grinder that sprays the cremans. "It was not like the second coming of Chernobyl or Fukushima, but it was higher than you thought," he says.

Another scan with a different, more specialized type of radiation detector revealed that they were examining the same type of equipment that the Mayo Clinic team had administered to the patient: lutetium 177. It was not enough to be seriously dangerous. And the lutetium should have broken down into a non-radioactive material within a few months. But we do not know what repeated exposures could mean for the health of crematorium workers. So the next point to look at was obvious. "We also wanted to examine the crematorium's urine," says Nathan Yu, resident physician at Mayo Clinic's Radiation Oncology Department and lead author of the study.

"We also wanted to examine the urine of the crematorium operator."

When they analyzed the operator's pee, they did not find any 177 lutetium. They found something more weird: a different radioactive material called technetium-99m that doctors use for diagnostic imaging of arteries and cancers. It was a small quantity, but the crematorium operator did not remember having received a dose of this product from a doctor. This means that it is likely that the operator was recently exposed to technetium when it was another the patient was cremated. This could be a sign of a more serious problem if crematorium workers are exposed to small doses of radioactive material repeatedly.

It is a unique occupational hazard, but it seems to be limited to cremation facilities. When these radioactive materials leave the crematorium chimney and end up in the outside world, they are diluted. "The outside dose is so tiny," says Kathryn Higley, director of Oregon State University's School of Nuclear Science and Engineering, who was not involved in the research. The concern is for people inside. "It's really any residual activity inside the crematorium – the oven and the handling of the crematoria – is what the workers would be exposed to."

"The dose on the outside is tiny."

This is not an easy problem to solve. Manufacturers provide detailed instructions for handling the drug with patients livingbut not for those who died, Yu says. "It's a unique security challenge." Detecting radioactive material is more complicated than placing a Geiger counter on the body. And there is no federal regulation of what to do with a radiation-treated body, says Yu, so laws change from state to state.

The team does not know how widespread this problem is. But Nelson believes that at least some of the burden of solving this security problem should belong to the drug's manufacturer. "I understand," he says. It is difficult for companies to say that if patients die shortly after receiving radiation treatment, it can be "problematic to incinerate them". living but not the patients who died with The edge in response to a request sent by email.)

These exposures are low risk, but it's still important to pay attention, says Higley. "You want to make sure you treat patients well," she says. "But if you slip through the cracks from time to time, it will not be an important radiological event."