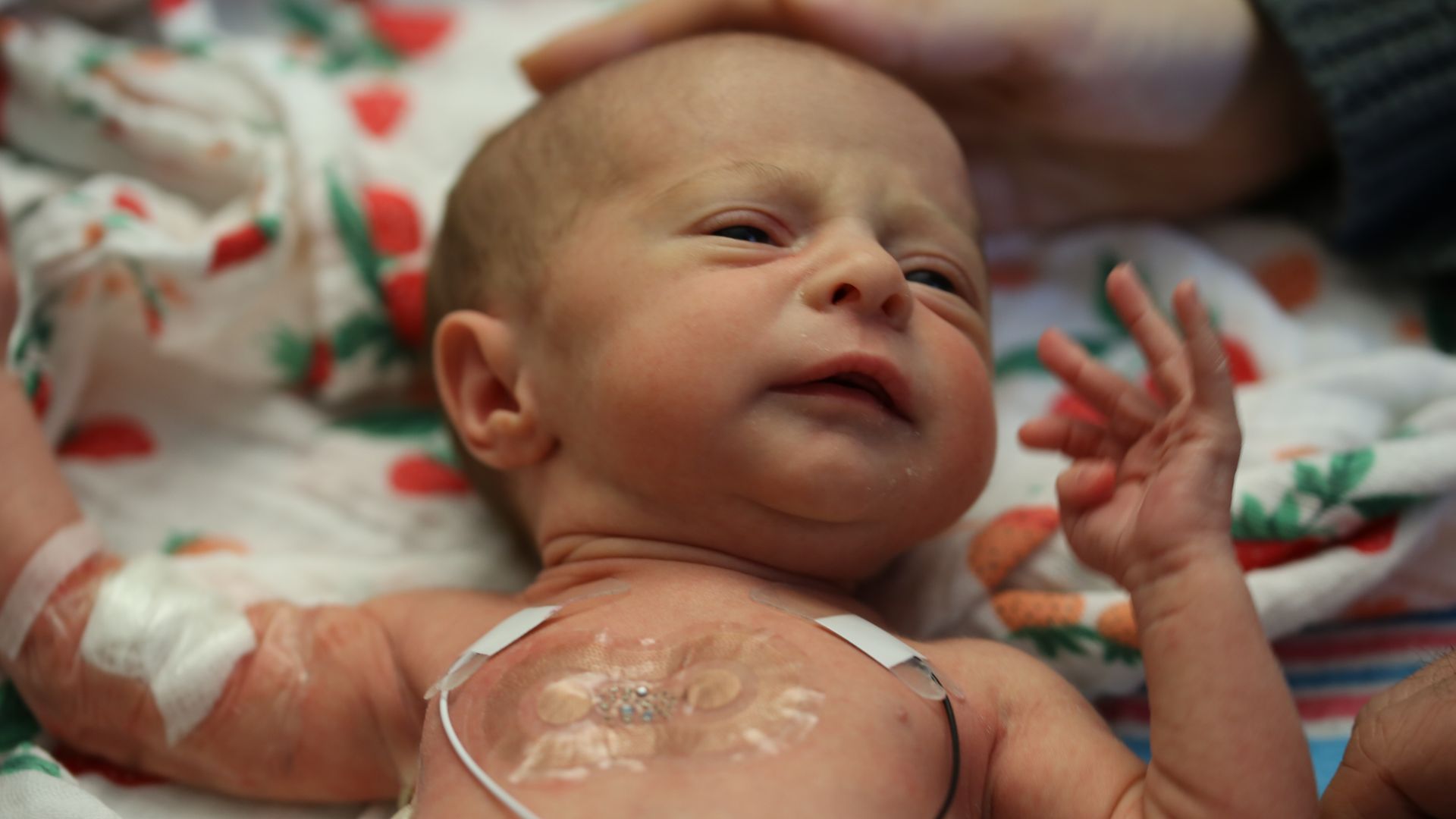 "The technology is fascinating and is an exciting example of applied engineering formulated and used to help care for some of our smallest and most fragile infants."

– Lawrence Eichenfield, who was not part of this study, tells Axios

"The most exciting thing for me is for parents," said Paller. "I saw the faces of the parents." They sit in the [NICU] room, sometimes trying to hold their little hands, but the babies are absolutely tied up. "

What did they do: The researchers worked on both the development of soft mechanisms and adhesives that would not damage the baby's skin and the lightest technology that does not require wires or batteries, but can nevertheless monitor and integrate vital signs, Xu tells Axios.

Developing countries can also benefit from that, because that would require less technology, say the authors.

Yes, but: Eichenfield says more research is needed on a larger cohort of premature babies. Paller says that's the plan, and adds that although other research has shown the interest of skin-to-skin contact, they have not been able to evaluate this particular advantage in this study because babies had to wear traditional monitors.

And after: Paller said her team plans to launch a major trial in Zambia, India, and Pakistan later this year and that she will continue her research in the United States. If all goes well, she hopes to get approval from the FDA in five years.

Watch more via the Northwestern video.