The best supplements for the heart: a cinnamon supplement that improves heart health 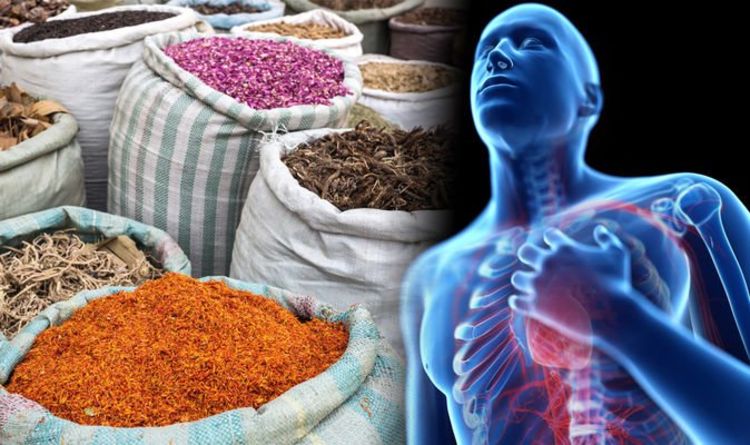 The heart is responsible for the circulation of blood in the body, the supply of oxygen and nutrients and the elimination of waste. One of the best ways to keep heart health in check is to eat a healthy and balanced diet. This should include at least five servings of fruits and vegetables a day, fibrous foods such as potatoes, bread, rice or pasta, some dairy products, protein and unsaturated oils and spreads.

It is essential to eat foods from all these food groups, but it has also been discovered that specific foods improve the health of the heart.

According to a Romanian study conducted in 2017, cinnamon can reduce triglycerides, a type of fat present in the blood that can increase the risk of coronary heart disease.

It has also been found to reduce total cholesterol levels.

Cholesterol is a fatty substance that is essential for the body to function properly, but too much can increase the risk of heart attack.

Holland & Barrett gives an explanation of what is cinnamon: "Cinnamon is a spice derived from the inner bark of the Cinnamomum tree. When the bark dries, it curls into 'quills' or cinnamon sticks.

"This spice has been a popular cooking ingredient throughout history, its use going back to ancient Egypt. Christopher Columbus was one of many explorers sent in search of spice.

"Historically, cinnamon has been revered almost as much for its health benefits as for its distinctive aroma and flavor. Traditionally, it has been used to refresh the breath because of its antibacterial effects. "

Cinnamon is available as a natural stick, ground, or in the form of capsules, tea extracts and essential oils.

But how much cinnamon is safe to take?

"In general, cinnamon is safe, but it's important to know what kind of cinnamon you are taking."

If you are taking cinnamon cassia, it is advisable for each teaspoon to contain 5 g of coumarin, a plant compound that can damage the liver if it is taken in large quantities.

For this reason, the European Food Safety Authority has set daily safety limits.

It is recommended to consume daily up to 3g of cinnamon cassia.

If you take ceylon cinnamon, it contains only traces of coumarin, so it can be consumed in larger amounts up to 5 g (2.5 ps) per day.

You should avoid taking cinnamon supplements if you are pregnant or if you are a child, as this has not been proven safe.

Cinnamon should also be avoided if you are taking drugs that may affect the liver, such as paracetamol or statins.

Magnesium, calcium and silica are three other supplements that have been proven to improve heart health.

Mayo Clinic cautions against going here even if it is open