Ebola epidemic in DRC: WHO decides it is not a global health emergency 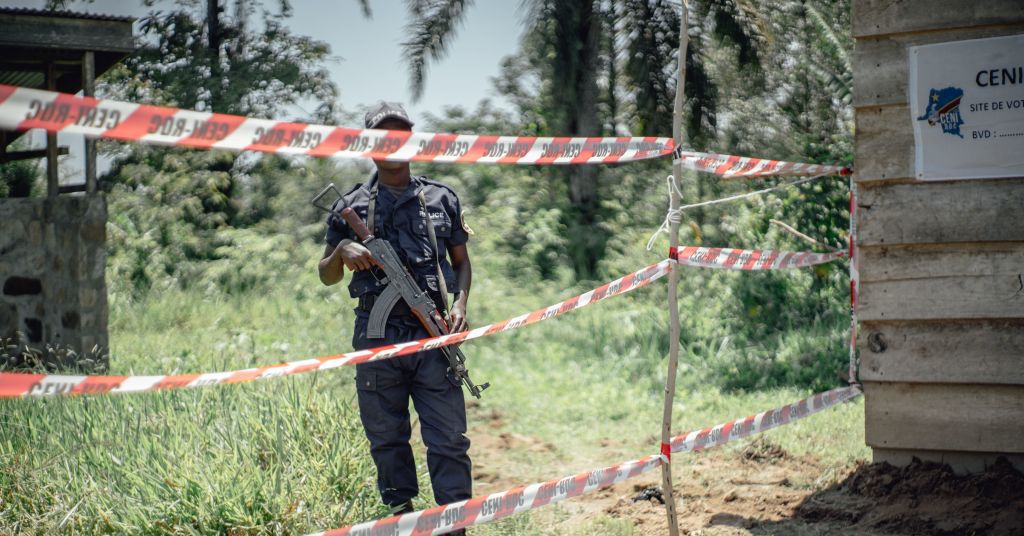 Despite the growing number of Ebola cases in the Democratic Republic of the Congo, experts from the World Health Organization decided Friday not to declare a global health emergency.

As the epidemic, which has been going on since August, has not spread beyond the DRC, "we considered that there would be no additional benefits to declare [an emergency]WHO and many partner organizations have done an excellent job on the ground, "said Robert Steffen, chairman of the external expert committee convened at WHO, which reviewed the emergency declaration.

A "public health emergency of international concern" or PHEIC (pronounced "false") is an official designation that WHO may assign to an outbreak in order to sound the international alarm bell. This can mobilize attention and trigger the release of resources – money and personnel – to help prevent an illness from spreading globally. The decision to trigger an emergency ultimately falls to the Director-General of WHO, Tedros Adhanom Ghebreyesus, but is informed of the recommendations of the expert group.

Friday's determination marks the second time that WHO has decided not to urgently declare the Ebola virus in the DRC. In October, the health agency's expert panel presented a similar reasoning. The WHO then noted that no case of Ebola had been exported beyond the DRC's borders and that an international response was already well advanced. The panel was convinced that the DRC had a lot of experience to react to the virus.

But this year, the epidemic continued to bloom. This is the first known outbreak of Ebola in an active war zone (located in the provinces of northeastern DRC, North Kivu and Ituri). And outbreaks of violence have frequently interrupted Ebola outreach efforts, resulting in more cases. This is why some health experts believe that the WHO is acting too timid and that a declaration of urgency is expected.

Why do some say that it's time to call Ebola in the DRC a global health emergency?

In the past week alone, there have been 74 new cases – the biggest of the week since the outbreak was detected in August. And to date, at least 740 people have died on more than 1,100 cases. This makes the DRC epidemic the second largest Ebola epidemic in history after the 2014-2016 epidemic in West Africa.

And even though the Ebola virus has not yet reached international borders, have recently been identified at an airport in the DRC.

"The Ebola outbreak in the DRC is serious," said Vox Tom Frieden, president of Resolve to Save Lives and former director of the Centers for Disease Control and Prevention. "The number of cases is increasing and the ability to stop stopping is reduced because of insecurity. It's hard to see how you can argue decisively that it's not a PHEIC. "

Lawrence Gostin, the Georgetown Law Chair in Global Health Law, also felt that it was time to trigger the emergency declaration and rethink the answer. "WHO can not expect to live up to the old public health regulations and succeed in a context of persistent violence and mistrust of the community."

Tom Inglesby, director of the Johns Hopkins Bloomberg School of Public Health's Safety Center, was also surprised by the negative decision. "We have arrived at a serious new moment in this epidemic and WHO does not have the resources to deal with this epidemic in full capacity," he said.

And it's not just the fact that it's the worst week in terms of new cases since the beginning of the epidemic, Inglesby continued. "That's what's behind the numbers. We have a high percentage of people who appear with Ebola after their death. Many people have Ebola but are invisible to the response community. That's why these numbers are increasing. "

Why global health emergencies are rare

But there are reasons why the WHO experts might choose not to trigger the PHEIC alarm even in the event of a serious epidemic.

A PHEIC is defined as "an extraordinary event that is determined to pose a risk to the public health of other States as a result of the international spread of the disease and potentially requires a coordinated international response".

Despite all the dangerous epidemics of recent years, WHO has declared a public health emergency only four times since the promulgation of the International Health Regulations, which governs responses to a global health emergency, in 2007.

The first time it was in 2009, with the outbreak of the H1N1 flu pandemic. The second time it was in May 2014, when polio seemed to be spread again, threatening the eradication effort. The third time, in August 2014, occurred while the Ebola outbreak in West Africa was getting out of hand. And the fourth: in February 2016, the Zika epidemic in South and Central America was declared PHEIC.

And that's because these decisions are not taken lightly. First, PHEIC is a political tool used to bring world attention to a health crisis. Using this statement too often would weaken its scope. Secondly, in order to declare a PHEIC, it is first of all necessary that the threat of the disease be serious enough for countries to be forced to adopt restrictions on travel and trade. These can be devastating for local economies.

Health emergency declarations are often associated with economic losses, even when the WHO only warns people to limit or delay travel to affected areas (instead of strict restrictions).

However, if this epidemic continues to bloom, WHO may suffer reputational damage if it does not declare this emergency sooner.

"Whether the Ebola epidemic in the DRC is technically or not a [PHEIC] is irrelevant, "said Ron Klain, former coordinator of the Ebola response in the United States. "The response does not control the disease." And unlike the 2014-2016 epidemic in West Africa, DRC stakeholders have an Ebola vaccine, he added.

"WHO decided it was not a PHEIC. But that does not change the sad reality that it is an emergency, and the international community, "said Klain," must be much more concerned, right now ".

New study finds that eating and drinking in moderation won’t save you, so why not live your every day like yours? – BroBible

The persistence of memory in B cells: indices of stability in COVID immunity

If you have these symptoms, go to hospital, says COVID survivor