Medication for ADHD: Study shows that youth on amphetamines have a risk of psychosis twice as high as other stimulants 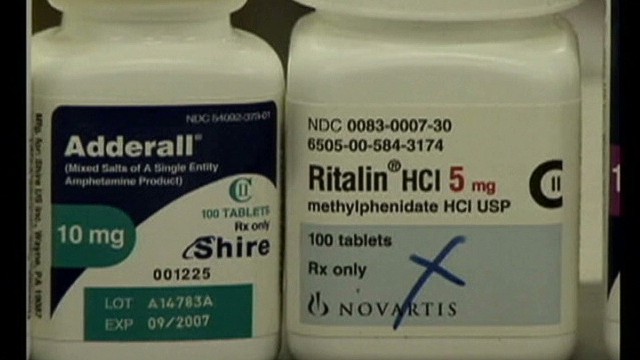 Using two national insurance claim databases, the authors followed 221,486 adolescents and young adults aged 13-25 with ADHD who had been prescribed a stimulant for the first time. between 2004 and 2015. Half had received amphetamines such as Adderall and the other half methylphenidates such as Ritalin. .

In total, 343 of the teens and young adults followed – one out of 660 youth – developed an episode of psychosis in the few months following the start of a stimulant. The risk for this rare but serious side effect was twice as high – 0.21% – for those taking amphetamine, compared with 0.1% for those taking methylphenidate, according to the results published Wednesday in New England Journal of Medicine.

"We have seen cases of people with no psychiatric history who develop this type of first episode of psychosis in a context of stimulant use, most often Adderall," said Dr. Lauren Moran, assistant professor at Harvard Medical School. , psychiatrist practicing at McLean Hospital and lead author of the study. Moran said his observations on young people with psychosis motivated the research.

ADHD is a developmental disorder whose symptoms include inattention, hyperactivity and agitation or a more severe, frequent or debilitating impulsivity than normal. Stimulants have been shown to be effective in controlling these symptoms. Since 2007, the US Food and Drug Administration has asked manufacturers to add a warning to drug labels stating that "stimulants can cause psychotic or manic symptoms that have appeared on treatment in patients with no history".

Current guidelines recommend the use of methylphenidate or amphetamine as the first-line treatment of ADHD when a drug is needed. Adolescent girls and young adults were four times more likely to receive a prescription for an amphetamine such as Adderall in 2015 than in 2004 and 1.6 times more likely to receive one for methylphenidates such as Ritalin, according to the new study.

"There are subtle differences in how Adderall and Ritalin affect dopamine systems in the brain," said Moran. Both stimulants act through the dopamine pathways in the brain, but Adderall is more likely to cause dopamine release, whereas Ritalin is more likely to block reabsorption, allowing it to remain unaffected. ; linger. The rise of dopamine during a psychotic episode mimics that closely observed after the use of a stimulant like Adderall, which may explain some of the findings, added Moran.

Dr. Rebecca Baum, pediatrician developmental and behavioral pediatrician at Nationwide Children's Hospital of Ohio, who did not participate in the study, said she said: worrying about results that could alarm parents and deter them from putting in place effective treatments for their children.

"Whenever we use a drug, we certainly think about its benefit compared to risk," said Baum, pointing out that ADHD can be a debilitating disease when symptoms are not well controlled and that psychosis is a reality. and potentially serious side effect, it is still very rare.

"The vast majority of my patients have ADHD and I have the benefit of being able to treat many patients with great success," Baum said. "Fortunately, in my practice, this is not a side effect that we see very often," she added.

Moran adds that his team and team focused their study on adolescents and young adults taking stimulants for the first time, noting that for those who took these medications and who took them as prescribed, the risk is probably even lower. .

With regard to parents and young adults considering starting a drug, Moran hopes the research will spark discussion about the risks, benefits and alternatives such as behavioral therapy and non-stimulants.

No matter your age, these 4 common factors can affect weight loss