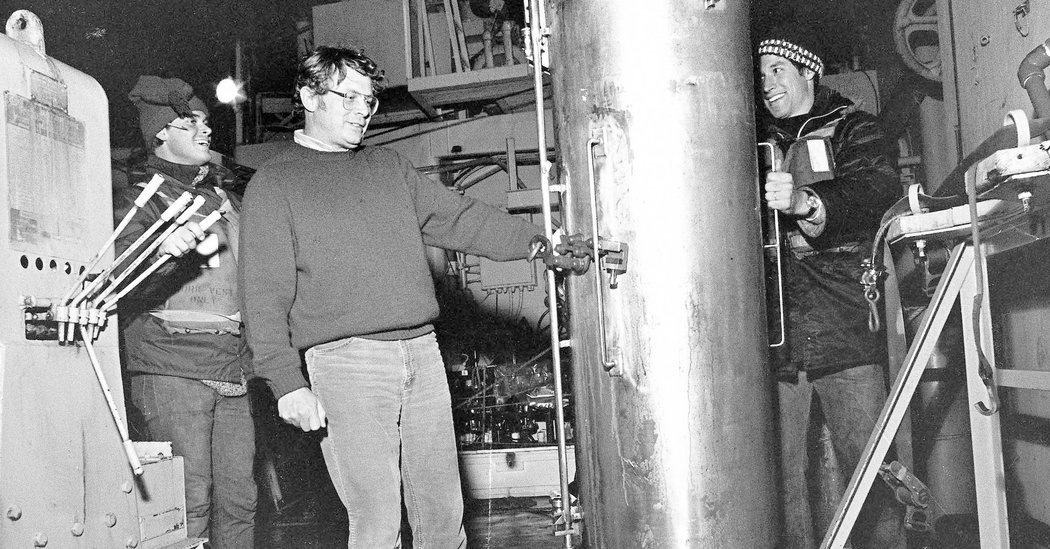 His parents, evangelical Christians, sent Wallace to Wheaton College, a Christian liberal arts school in Illinois, where he met Grace Carder, with whom he married in 1952. She is died in 2007.

They had six children, five of whom survived him: Sandra Broecker, Cynthia Kennedy, Kathleen Wilson, Scott Broecker and Cheryl Keyes. In 2009, Dr. Broecker married Elizabeth Clark, who had worked with him in his lab. She survives as well, along with her sisters Judith Redekop and Bonnie Chapin, seven grandchildren and seven great-grandchildren.

At Wheaton, he had planned to become an actuary, but a friend helped him get an internship in what would become the Lamont-Doherty Earth Observatory in Columbia. It's there that he fell in love with scientific instruments and carbon dating, a technique allowing researchers to determine the age of materials having tens of thousands of years old. . He decided to transfer Wheaton to Columbia.

He then obtained a Bachelor's degree in Physics and a PhD. geology and to join the faculty of Columbia in 1959.

Throughout his career, Mr. Broecker solved his problems with pencil and paper while avoiding computers. He was dyslexic and asked his employees to retype his manuscripts and emails, said Ms. Clark, who helped review her papers. "He said he needed pencil and paper because it was like that," she said in an interview.

Prizes were often tied to honors, said her daughter, Mrs. Kennedy, but he reinvested the essential in his research. "Money has never been important to my father," she said.